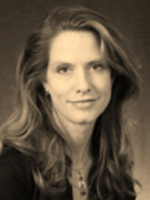 Ms. Wisdom was admitted to the Louisiana Bar and joined Stone Pigman in 1991. She is a member of the firm. Her practice is concentrated in employment law, complex commercial litigation, and class actions.

Ms. Wisdom served as judicial law clerk to the Honorable Martin L.C. Feldman, US District Court, 1990-91, and as Judge pro tempore for the First City Court of Orleans Parish on multiple occasions from 1999-2009. Ms. Wisdom is an active member of the employment law committee of the American Bar Association Litigation Section, is a member of the executive council of the Louisiana State Bar Association Labor & Employment Section, and participated as an instructor for the National Institute of Trial Attorneys Gulf Coast Region Deposition Seminar on multiple occasions from 2003-2009. From 2000-2005, she served as a board member and secretary of New Orleans Computer Access Program, a charitable organization that provided personal computers and training to disadvantaged New Orleans Public School first grade students and their parents. Since 2005, Ms. Wisdom has served as the Secretary to the Board of Directors of Advocates For Arts-Based Education, a nonprofit corporation that operates the Lusher Charter Schools in New Orleans. From 2007 through 2009, Ms. Wisdom served as President of the board of directors of Rebuilding Our Community, Inc., a nonprofit organization working to assist with rebuilding efforts in New Orleans after Katrina. Since 2007, Ms. Wisdom has served on the Board of Advisors for Ozanam Inn, a shelter and service provider for the homeless. In 2008, Ms. Wisdom was named as a New Orleans CityBusiness Woman of the Year. In 2010, she was named as a New Orleans CityBusiness Leader in Law. Ms. Wisdom has been named to The Best Lawyers in America in the fields of commercial litigation, labor and employment and mass tort litigation and Louisiana Super Lawyers in the field of business litigation. In 2011 and 2012, Louisiana Super Lawyers listed Ms. Wisdom as one of the top 25 women lawyers in Louisiana.