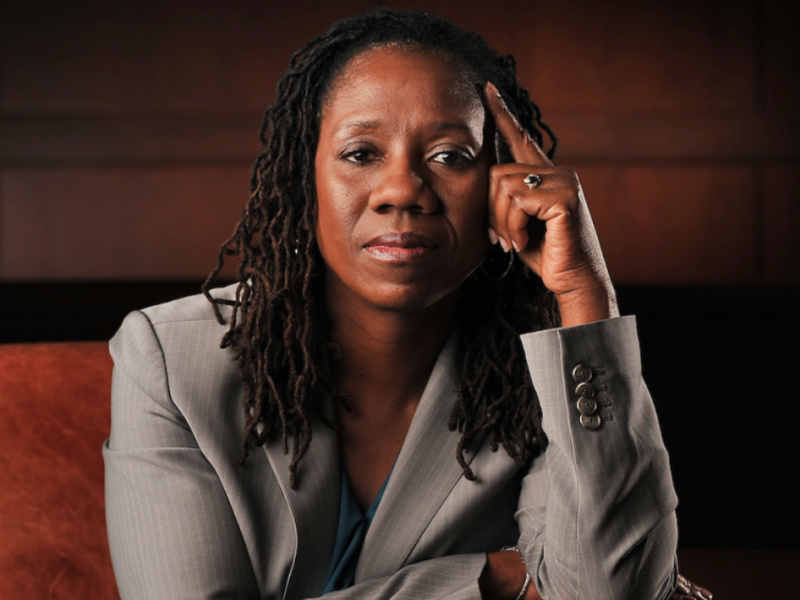 Noted civil rights attorney and scholar Sherrilyn Ifill will be the keynote speaker at the 2023 Tulane Black Law Alumni Reunion.

One of the nation’s premier civil rights attorneys and former President and Director-Counsel of the NAACP Legal Defense Fund, Sherrilyn Ifill, will be the keynote speaker at the Tulane Black Law Alumni Reunion Feb. 3.

Ifill’s speech will take place as part of the Friday evening events of the BLA Reunion, scheduled for Feb. 2-5, 2023. Ifill will speak on Feb. 3 from 5 to 7 p.m. at McAlister Auditorium on Tulane's campus, in a conversation moderated by alumnus Tim Francis, (L’84), an attorney with the Sher Garner firm.

The reunion is the second in four years and was delayed a year ago due to the COVID-19 pandemic. The inaugural reunion in 2019 celebrated the achievement of the law school’s Black lawyers and focused on the 50th anniversary of its first Black graduate, the late-Michael Starks (L’68). More than 300 attended the event over several days, many of whom had attended Tulane Law in the late 60s, 70s and 80s. The event included panels, various celebrations and the installment of a portrait honoring Tulane’s first Black law graduates.

The February reunion will be similar, with a few added events, including a market day which will feature local and alumni food, goods, and service vendors.

More information can be found here for the next reunion.

Ifill, the weekend’s keynote speaker, has since joined the Ford Foundation as a Senior Fellow, continuing her work and scholarship in civil rights and voting rights. She holds the title of President and Director-Counsel Emeritus of the LDF, the second woman to ever lead the 1940s-era organization founded by the legendary Supreme Court Justice Thurgood Marshal. LDF was seminal in developing and executing the legal strategy that brought about the Supreme Court’s decision on Brown v Board of Education.

Ifill began her career as a Fellow at the American Civil Liberties Union, before joining the staff of the LDF as an Assistant Counsel in 1988, where she litigated voting rights cases for five years. In 1993, she left LDF to join the faculty at University of Maryland School of Law in Baltimore. For more than 20 years, she taught civil procedure and constitutional law to thousands of law students, and pioneered a series of law clinics, including one of the earliest law clinics in the country focused on challenging legal barriers to the reentry of ex-offenders.

Ifill is also a prolific scholar who has published academic articles in leading law journals, and op-eds and commentaries in leading newspapers. Her 2007 book “On the Courthouse Lawn: Confronting the Legacy of Lynching in the 21st Century,” was highly acclaimed, and is credited with laying the foundation for contemporary conversations about lynching and reconciliation. A 10th anniversary edition of the book was released with a Foreword by Bryan Stevenson, the acclaimed lawyer and founder of the national lynching memorial in Montgomery, Ala.