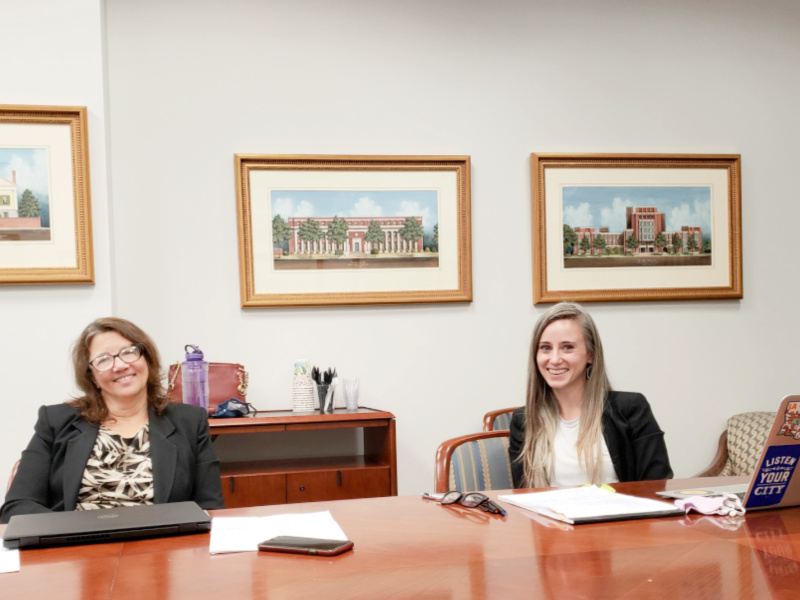 The hearing on a motion about a plastic plant’s air quality permit in St. James Parish was expected to be procedural. Instead, a student-attorney from Tulane Law persuaded a judge that more review of the plant’s permit was in order on the basis of environmental justice.

The case involving the proposed $9.4 billion Formosa Plastics Plant highlights the delicate balance between environmental justice for a predominantly black community persistently affected by its industrial neighbors and a massive project that could create 1,200 jobs in the region.

But in the stunning ruling, Nineteenth Judicial District Judge Trudy White sided with the Tulane Environmental Law Clinic and student-attorney Julie Schwartzwald (L’21), who made a passionate argument for a client  who lives in a neighborhood flanked by a growing number of petrochemical plants.

"I learned so much, from my colleagues, from Professor Jordan, from the other clinic professors. I learned a ton from mooting the case, and I got some really high-quality feedback that will stay with me moving forward."

The court agreed with the Clinic’s client that the Louisiana Department of Environmental Quality  (LDEQ)  did not consider sufficient evidence in its environmental justice analysis of requested air permits for the  plant. The judge, from the bench, acknowledged that “environmental racism exists” and operates through the state’s institutions, including through “personnel, policies, practices, structures, and history,” according to the ruling.

“At first, I wasn’t certain that the judge was ruling in our favor,” said Schwartzwald, who had spent countless weeks with Clinic Director Lisa Jordan and other clinic professors preparing for the case. “But as she spoke, I realized that the judge was taking a very, very powerful step in the right direction for our client.”

LDEQ had issued air quality permits for the proposed plant but used outdated data on the health risks that nearby communities already face from existing pollution, Schwartzwald argued during the hearing.  Using updated data was more prudent, particularly because the newer data reflects much higher existing risks of cancer, she said.

Jordan said Schwartzwald’s top notch representation of her client highlights the value of clinics to both clients and students while demonstrating that it requires commitment.

“For a semester Julie worked collaboratively with a fellow student attorney, Tasia Kastanek (L’21)  and received constant, detailed direction from several supervising attorneys, practiced her argument before the class, and put in the significant individual time to craft this motion and the oral argument that followed," Jordan said. "That process, combined with Julie’s natural talent and legal acumen, resulted in a compelling effort. Equally important was knowing what mattered to the client and keeping that as the central focus.  I’m particularly pleased that our client and other community members were there to hear Julie’s argument and the court’s affirmation that their environmental justice concerns were valid."

Working at the clinic has been extremely rewarding because it has allowed me apply what I learn in class,” student-attorney Kastanek said. “It was wonderful to be able to collaborate with Julie on court filings and learn from her great speaking skills. Clinic has also taught me that you might think a motion will have a small impact but any ruling can change the course of a case.”

Schwartzwald would like to work in environmental law after graduation. Her clinic experience is the “highlight” of her law school career, she said.

“I learned so much, from my colleagues, from Professor Jordan, from the other clinic professors,” she said. “I learned a ton from mooting the case, and I got some really high-quality feedback that will stay with me moving forward.”

And because of the COVID-19 pandemic, Schwartzwald got a little something extra out of the experience.

“My parents were able to be there and see me make this argument,” she said. “I think they were impressed and proud. It was that capstone moment in law school – and I could share it with them, too.”