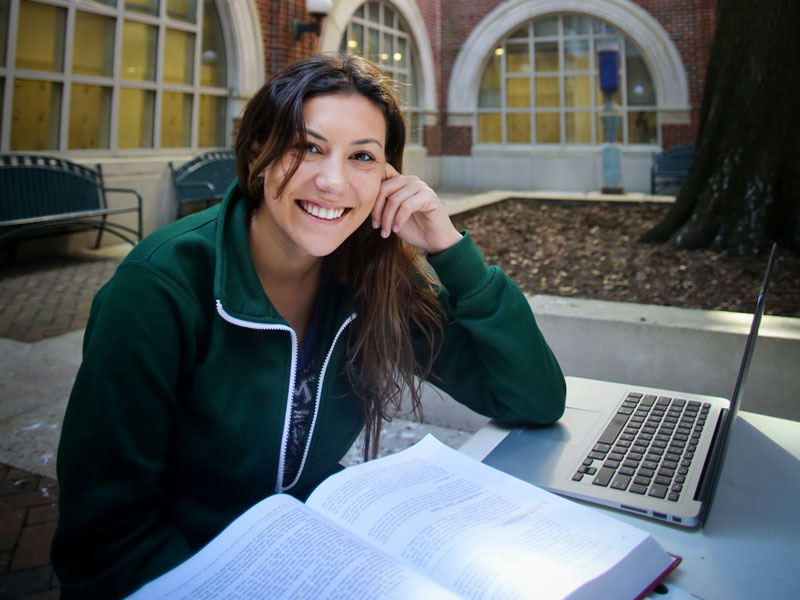 Tulane Law School, the twelfth oldest law school in the United States, was established in 1847, thirteen years after Tulane University was founded. 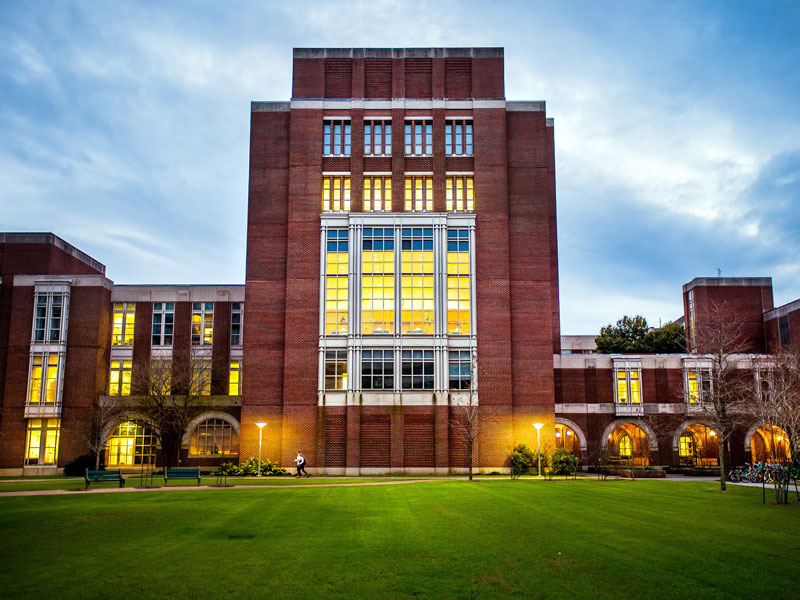 Tulane University itself traces its history to the founding of the Medical College of Louisiana in 1834.  From 1847 to 1884, excluding the Civil War years, it operated as the state-chartered University of Louisiana.  In 1884, it was reorganized as a private, non-sectarian university named for philanthropist Paul Tulane.

Tulane prospered in its early days, with classes of at least 22 students each paying $100 for the full course. By the time of the Civil War, 263 people were Law School alumni or former students. Christian Roselius reopened the Law School as dean in 1865. It has been closed only once since then--from August 29, 2005 until January 9, 2006, as a result of the aftermath of Hurricane Katrina. Tulane Law School has had 22 deans since Judge Bullard, and ten homes. It has over 10,000 living alumni.

The Tulane University School of Law has been accredited by the American Bar Association since 1925.

Tulane Law school lies in the center of the Tulane University campus. 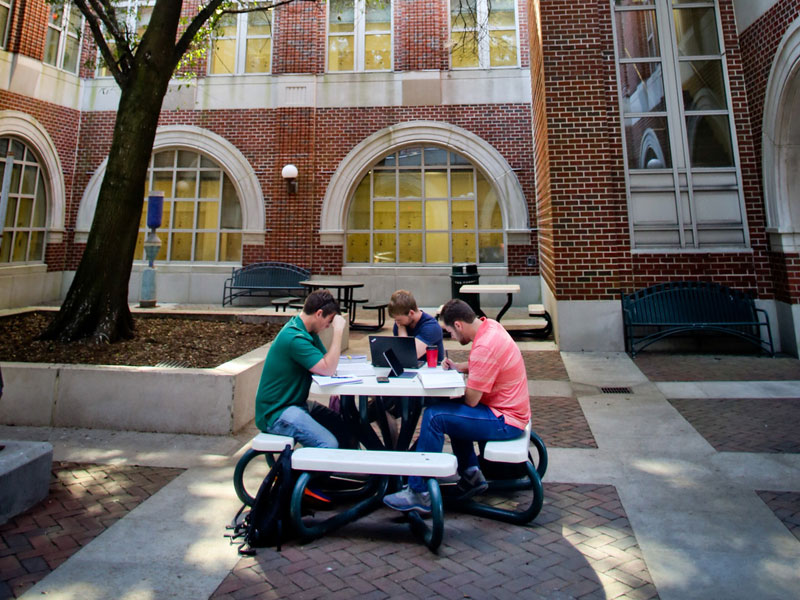 Tulane Law School is in the center of the university’s main campus, in the heart of uptown New Orleans. The campus faces picturesque St. Charles Avenue, in a neighborhood of historic homes, shops and restaurants. Across the avenue is the nation’s oldest operating streetcar line, connecting the uptown and downtown areas, and Audubon Park, which has jogging and bike paths, a golf course and one of the country’s finest zoos.

Weinmann Hall houses six law clinics, a computer center, a law library, classrooms and lecture halls under one roof. Contemporary and spacious, the facility was designed with faculty suites close to classrooms to foster collegiality among faculty and students. It also features dozens of locations for students to meet informally, both indoors and out. Our library is one of the nation’s best, with four floors, 500 study spaces, and 550,000 volumes at your disposal for learning and studying.

The Law School building is also equipped with two courtrooms for trial and appellate moot court competitions, a student lounge, and student lockers. Several arcades and two outdoor courtyards provide tables and chairs for quick lunches, studying, and socializing. The Berkett Multipurpose Room is used for faculty and student meetings, luncheons, and quiet studying. The wide, light-filled hallways are lined with comfortable areas conducive to impromptu meetings, squeezing in a few more minutes of studying, or relaxed conversation among faculty and students.

Tulane is situated in New Orleans, one of the world’s most interesting locales and one of the richest places in the world to study law. 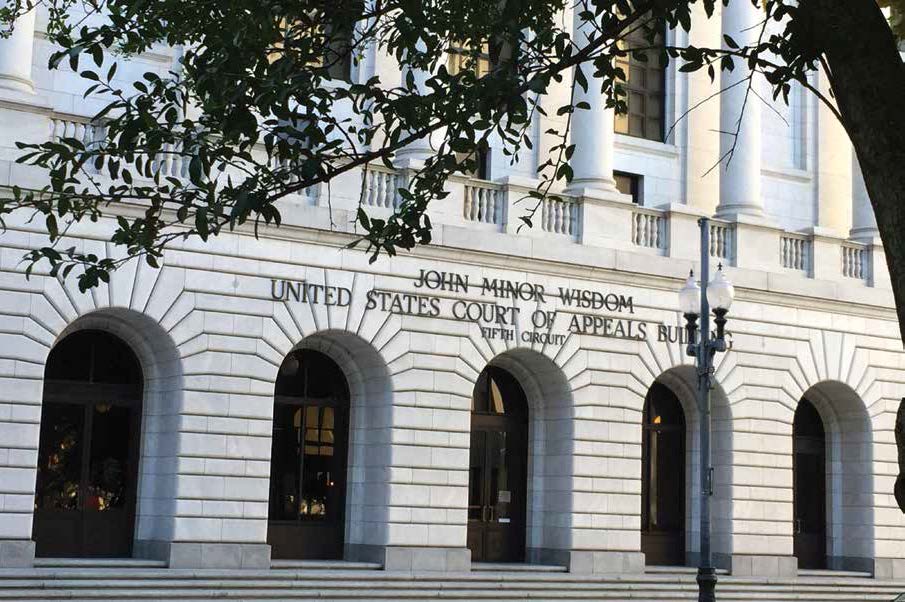 New Orleans is the largest city in Louisiana and houses a major international port, making it a center for admiralty law and international trade. It is a cultural hub, an innovator for political, environmental and social change and a wealth of legal resources. Every level of state court, plus federal district courts and the U.S. Court of Appeals for the Fifth Circuit, are here. The Louisiana Supreme Court and Fifth Circuit law libraries are open to students, and local lawyers share their expertise by teaching specialized and advanced courses as adjunct faculty.

New Orleans also represents a social gumbo – a unique blend of individuals and cultures from across the globe. The city has been called the Paris of the New World and the northernmost city of the Caribbean. The real New Orleans exists somewhere between these identities, with an astonishing texture of customs and backgrounds celebrated every day through art, music, entertainment and food. Mardi Gras and the New Orleans Jazz and Heritage Festival are not only major international attractions, but also celebrations of the city’s unique way of life. New Orleans never fails to surprise and always offers something new to discover. A local word, lagniappe, describes it best – “something more.”

The famous English comparatist Harold Gutteridge, observing that few American schools had developed comparative law studies by 1949, nevertheless noted that “in the United States, the Tulane University of Louisiana has been recognized as the centre of comparative study, and the Tulane Law Review is largely devoted to the publication of articles of interest to comparative lawyers.”

Tulane Law School has earned international stature through longstanding excellence, sureness of purpose and years of commitment to worthwhile endeavor. We wrote the first book on comparative law in the United States and established the first U.S. curriculum in civil law. The Tulane Law Review was the first U.S. law journal to focus on civil and comparative law.

Our role as a central player in international law continues to expand: in 2002, a survey published in the American Journal of Comparative Law named Tulane the top program in comparative law worldwide.