Faculty research and engagement are the lifeblood of a great law school. 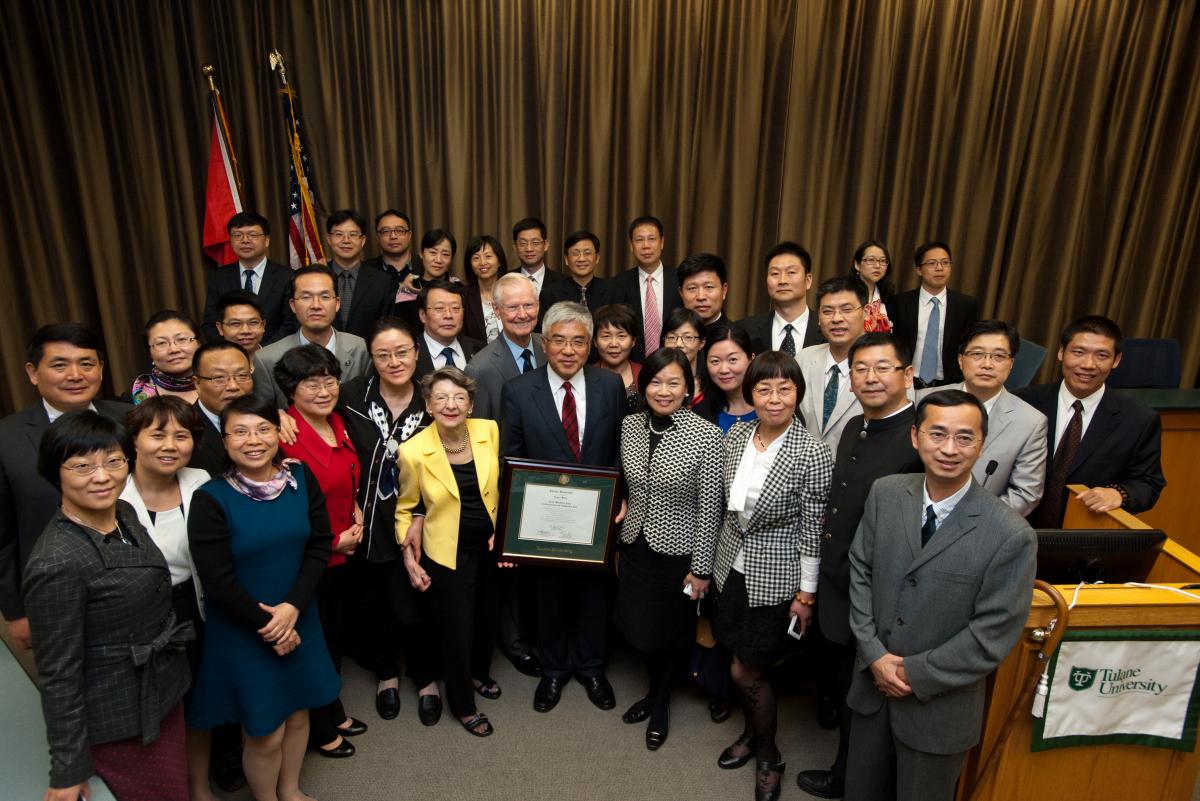 With the generous support of alumni and other friends, our faculty expands the boundaries of legal knowledge and shares their insights around the world.

Retired trial lawyer Gordon Gamm (L ’70) and his wife, Grace, established the Gordon Gamm Faculty Scholar award in 2014, providing early-career Tulane Law professors with resources to expand their research and engagement with other scholars and the broader public.

Inaugural Gamm Scholar Saru Matambanadzo, whose research explores interdisciplinary approaches for understanding and combatting discrimination, brought leading scholars from across the United States to Tulane to discuss lingering roadblocks to equality and innovative methods for addressing them.

Gamm, who comes from a family of Tulane lawyers, practiced in Kansas City, Mo., and Boulder, Colo. He developed a unique legal perspective through his study of comparative law at Tulane and has represented all of the world humanist organizations, including at the U.S. Supreme Court. Gamm established the Bragg Symposium on Humanism in Kansas City and the Boulder International Humanist Institute.

Sher Garner Fund for the Advancement of Commercial Law

The inaugural Sher Garner event was the keynote address on commercial law at the Tulane Law Review’s November 2015 symposium on “The Promise and Perils of Convergence in Financial Regulation and Consumer Protection.” The keynote speaker was Christopher Lewis Peterson, the John J. Flynn Endowed Professor of Law at the University of Utah College of Law and a special adviser to the director of the U.S. Consumer Financial Protection Bureau.

Sher, a premier transactions lawyer, and Garner, a renowned litigator specializing in trial work and appellate argument, started their firm in 1999. Both, along with other colleagues, have volunteered as Tulane Law adjunct professors, and the firm established the Sher Garner scholarship in 2012.

As dean in 1978-85, Verkuil aggressively bolstered Tulane Law’s reputation by emphasizing its strengths in comparative and civil law, supporting its graduates on the national stage and recruiting renowned faculty, such as Professor Emeritus A.N. Yiannopoulos, a legendary scholar who has revised many parts of the Louisiana Civil Code.

Verkuil, a 2014 inductee into the Tulane Law School Hall of Fame, has served as president of the College of William & Mary, dean of Cardozo Law School and chair of the Administrative Conference of the United States, an independent federal agency dedicated to improving government performance. Rodin, a former University of Pennsylvania president, heads the Rockefeller Foundation, which, along with the Samuel Freeman Charitable Trust, contributed to the Verkuil fund.