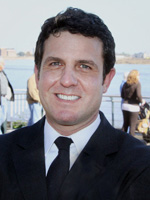 Mr. Waguespack has an AV rating in Martindale Hubbell for his preeminence in the law and was selected as one of the top attorneys in New Orleans by New Orleans Magazine. He maintains a regional practice based in New Orleans and Houston that focuses primarily on litigation and arbitration related to all aspects of maritime and international law. He concentrates in the representation of owners, charterers, operators, and marine insurers in all types of marine casualty losses, including collisions, cargo claims, charter party disputes, regulatory and environmental matters, and personal injuries. In addition to maritime and international law, Mr. Waguespack has extensive experience in corporate law and insurance defense, particularly property damage claims. He serves as national counsel to several clients with ongoing international interests, advising them not only on arbitration and litigation matters, but also on transactional matters related to business organization, operation, formation, and acquisition, as well as sales, supply, service, and carriage agreements. He has multiple reported cases and often serves as a lecturer at various marine and insurance seminars. Jason is licensed to practice in all Louisiana state and federal courts. He has been admitted to and litigated in federal district courts in Texas, Mississippi, Illinois, and Florida, the United States Courts of Appeals for the Fifth and Second Circuits, and the United States Supreme Court. He is a member of the Louisiana State, New Orleans, and Federal Bar Associations, the Maritime Law Association, the Southeastern Admiralty Law Institute, the Louisiana Bar Foundation, the Mariner’s Club for the Port of New Orleans, the Propeller Club of the Port of New Orleans, and the World Trade Center for the Port of New Orleans.

As a member of the Tulane Law School adjunct faculty, Mr. Waguespack teaches the course on charter parties to upperclassmen and graduate students. He is also a member of the adjunct faculty at the Tulane University AB Freeman School of Business, teaching the course on international business law with a focus on international transactions and transportation to upperclassmen.  He served on the board of advisors of the Loyola University School of Law’s Maritime Law Journal, as well as the Maritime Law Practitioner, a comprehensive monthly magazine covering maritime matters.  He has written and published several articles related to maritime legal issues.

Mr. Waguespack is actively involved in the civic life of his community.  He currently serves on the Board of Zoning Adjustments for the City of New Orleans, having been appointed by the Mayor of New Orleans in 2006 in the wake of Hurricane Katrina.  In addition, since 1997 he has been on the board of the charitable fundraising events organized to raise money for Project Lazarus, a hospice house in New Orleans, serving as treasurer (2003-2007) and chairman of the board (2008, 2009).  He is a member of the Louisiana Supreme Court Historical Society, the Preservation Resource Center, the Audubon Nature Institute, Save Our Cemeteries, the Historic New Orleans Collection, the Contemporary Art Center, and the New Orleans Museum of Art.  He is also an active supporter of several local charities and civic organizations.