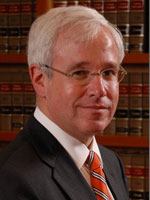 Leonard A. Davis is a partner of Herman, Herman, Katz & Cotlar, LLP, as well as the national firm of HERMAN GEREL, LLP, headquartered in Atlanta, Georgia.  After receiving his BA from the University of Texas at Austin, Mr. Davis attended Tulane University Law School, where he received his JD in 1984.

He has written and spoken extensively on how to handle and organize complex matters, discovery issues, and how to manage and deal with electronic discovery.  He was an invited attendee by the Judicial Conference Advisory Committee on the Federal Rules of Civil Procedure to the Conference on Electronic Discovery presented in February 2004.