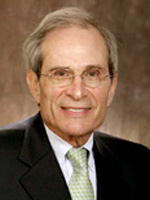 Mr. Fishman is a member of Fishman, Haygood, Phelps, Walmsley, Willis & Swanson. He has a transactional practice that includes corporation law, securities, and mergers and acquisitions.

Mr. Fishman has represented a variety of business clients in numerous transactions. These have included First National Bank of Commerce's issuance of $3.0 billion of bank notes; First Commerce Corporation's $3.1 billion acquisition by Bank One; Doane Products Company's $250 million sale to financial investors; The Laitram Corporation's sale of its Digicourse subsidiary; US Unwired's registered exchange offer for its subordinated notes and its initial public offering; Capital One Southcoast's underwriting of a registered public offering of convertible preferred stock; a number of "PIPE" transactions in which Capital One Southcoast acted as placement agent; forming a hedge fund for Hirsch Financial Management LLC and representing it in connection with a private placement of fund units; as well as numerous acquisition transactions on both the buyer side and seller side. More recently, he has assisted Rouses, the largest grocery store chain headquartered in Louisiana, in acquiring 20 stores from A&P; assisted an insurance agency in being acquired by a large national agency; assisted a CEO and CFO in connection with their retention ("rollover") of a substantial part of their significant equity in a shipping business whose controlling equity was sold to a private equity firm; served as special securities law counsel for Chef Emeril Lagasse's sale of certain non-restaurant assets to Martha Stewart Living; and assisted Sanderson Farms, Inc. in its public sale of $115 million of common stock. He also counsels clients on resolving disputes within family and other closely held businesses.

Mr. Fishman received his undergraduate degree (BBA) from Tulane University in 1963. He received his LLB. in 1965 from Tulane Law School, where he was a member of the Order of the Coif and editor-in-chief of the Tulane Law Review. He also earned a master of laws degree in 1966 from Yale Law School, where he was a Sterling Fellow.

Mr. Fishman has been listed in The Best Lawyers in America, in corporate law, since that publication's first edition in 1983. In 2011, Lawdragon named him to its "500 Leading Lawyers in America" guide, which represents far less than 1 percent of the legal profession, and called him "without question one of the very best corporate transactional attorneys in the South." In 2009, he was named that publication’s first New Orleans Corporate Lawyer of the Year and its first New Orleans Mergers & Acquisitions Lawyer of the Year in 2010. He is ranked in Level 1 by Chambers and Partners in the Corporate/Mergers & Acquisitions category of America's Leading Lawyers for Business. He has served since 1988 on the planning committee of Tulane's Corporate Law Institute, and as a member of the Advisory Board of Editors for the Tulane Law Review since 1991. He has held several key posts, including chairman, of the Louisiana State Bar Association's Section on Corporation and Business Law and has served as a member of that Section's Corporate Laws Committee.