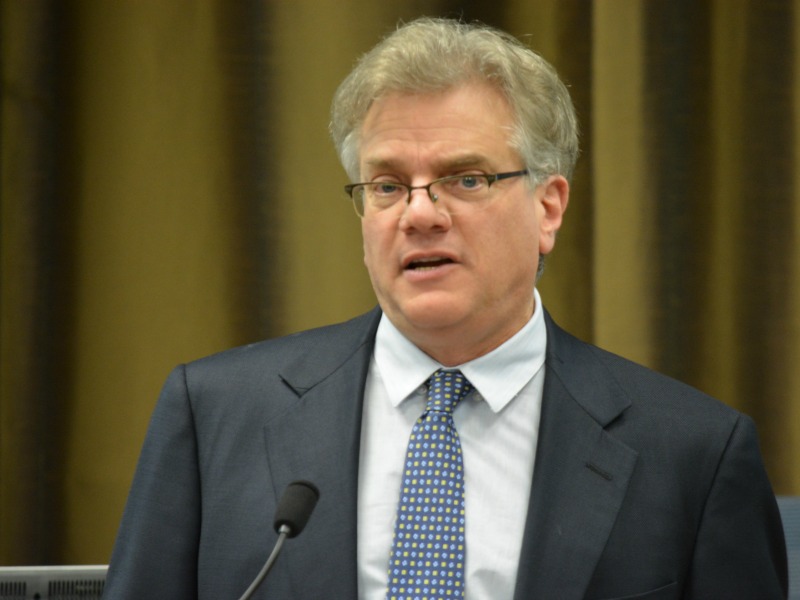 The McGlinchey Lecture was established in 1996 by the law firm of McGlinchey Stafford, to honor its founder, the late Dermot S. McGlinchey, a distinguished Tulane Law School graduate (L'57). Mr. McGlinchey was a dedicated supporter of the law school, and his many charitable contributions included service as the chairman of the school's building fund. He devoted much of his life to promoting equal access to the courts, and he revitalized the Louisiana Bar Foundation

Dermot S. McGlinchey, a leading lawyer of his generation, as well as a civic activist and ardent supporter of Tulane Law School, died at the age of 60 in 1993. Born in New York City, he received his undergraduate (A&S ’54) and law (L ’57) degrees from Tulane and remained active in the Tulane community throughout his life. He was president of the Tulane Alumni Association in 1992-93. He served the law school as a member of the Dean’s Council, chairman of the Dean’s Council Development Committee, vice chairman of the endowment program of the Maritime Law Center and chairman of the law school’s building fund.

“Dermot was a person who flew with eagles, but he always cared about the sparrows in our society,” said friend and U.S. District Judge Eldon Fallon (L ’63).

Mr. McGlinchey devoted much of his adult life to promoting equal access to the courts. In 1986, he led the effort to revitalize the Louisiana Bar Foundation and was instrumental in forming the foundation’s Pro Bono Project. “He took on the challenge and turned ideas into reality,” said Fallon, who was president of the Louisiana Bar Association at the time.

“Dermot knew the law, and he knew how to get things done,” said C. G. Norwood Jr., former managing member of McGlinchey Stafford. “Dermot was a valued mentor to dozens of young lawyers, myself included. One of the most valuable lessons he taught was that without effective application to the solution of real problems, the law itself is sterile.”

Noted for his expertise in the area of insurance law, Mr. McGlinchey balanced his 35-year legal career with substantial commitments to professional, civic and charitable endeavors. He was a member of the board of directors of the World Trade Center and the New Orleans Opera Association. He also served as secretary to the board of directors of the Irish American Cultural Institute. Mr. McGlinchey received the Louisiana Bar Association’s Distinguished Lawyer Award in 1991. He was appointed Ireland’s Honorary Consul in Louisiana in 1992, and was in 1993 named Irishman of the Year by the Ancient Order of Hibernians.