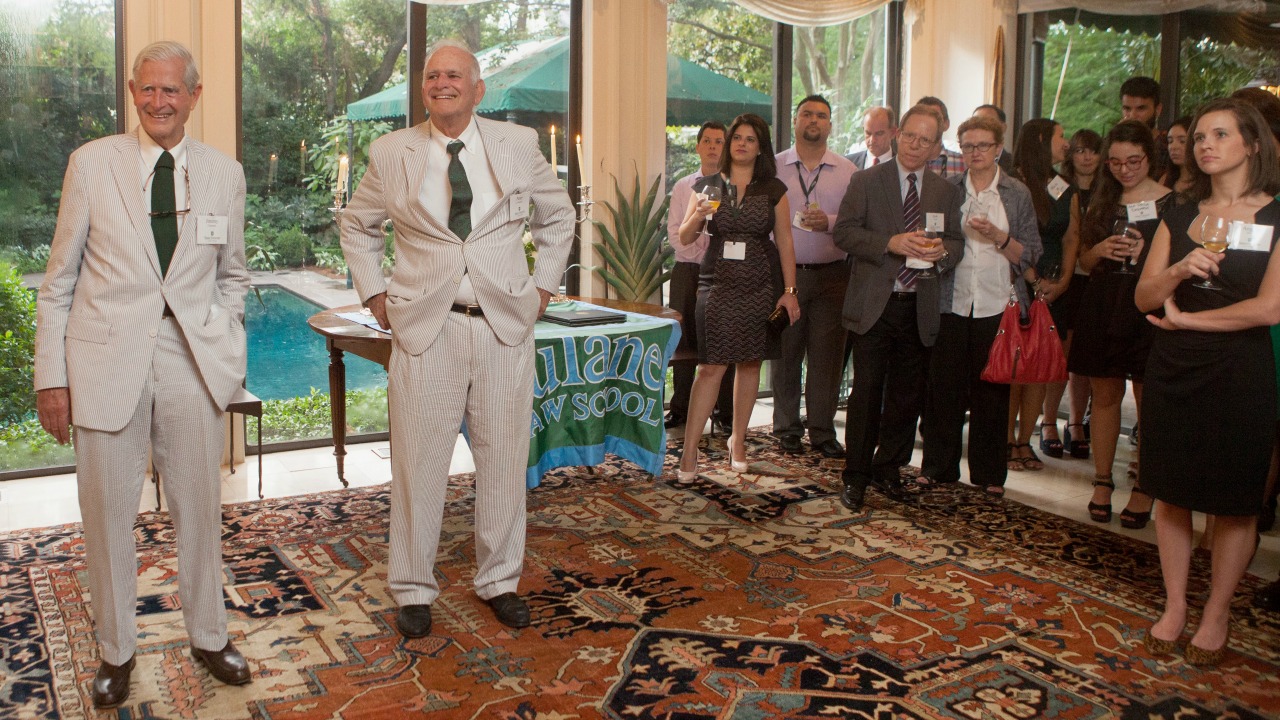 James “Jimmy” Coleman, Jr., a Tulane Law alumnus, philanthropist and visionary businessman who annually hosted dozens of international students to his lavish Uptown home for a decidedly New Orleans-style welcome, passed away last week. He was 77.

Coleman, a 1968 graduate of the law school and a Tulanian through and through, spent a career as a lawyer and businessman, most notably as a developer of some of New Orleans’ most prominent hotels, including the Hilton Riverside New Orleans Hotel and the Windsor Court, the latter inspired by his love of all things British.

The news of his passing was met with great sadness at Tulane Law, where Coleman was known to many as “Jimmy,” and remembered for his warmth and intoxicating smile.

“He was generous in crediting his own success as a lawyer and  international business leader to the broader vision he gained as a Tulane law student,” Meyer said.  “And he was generous in giving back to the law school and ensuring that the students who follow him today continue to benefit from Tulane’s vibrant international community.”

Coleman and his family have a long history of supporting international education at Tulane Law. As recently as last August, the family added a generous gift of $250,000 to a significant family endowment established a decade ago through the James J. Coleman Sr. Visiting Professorship in Law, named for Jimmy’s father, a 1937 Tulane Law graduate.

“For generations now, the Coleman family has played a critical role in strengthening Tulane Law School’s international stature and identity, and in cultivating the uniquely powerful sense of community for our international students and faculty,” Meyer said.

Coleman’s love of travel, particularly of England, rested with his father, James Sr., who took his children on trips around the world and passed on to them his deep appreciation and enthusiasm for understanding people of other cultures.

In the past, Jimmy Coleman has credited his family’s prominence in international business to a Tulane education.  James Coleman Sr. founded International-Matex Tank Terminals, which grew into one of the world’s largest independent companies handling, storing and shipping bulk liquids such as petroleum, vegetable oils and chemicals.

He was made an Officer of the Order of the British Empire in 1986 by Queen Elizabeth II.

Coleman also was a philanthropist who supported many institutions across the United States, including the New Orleans Museum of Art, the Newport (RI) Art Museum, and its art school, which in 1998 was renamed the Minnie and Jimmy Coleman Center for Creative Studies. Locally, Coleman was a member of a number of carnival krewes, including Rex and Hermes, with the latter establishing a foundation that supported New Orleans’ first responders. He supported the New Orleans Police Department, often financing continuing education and training programs for officers.