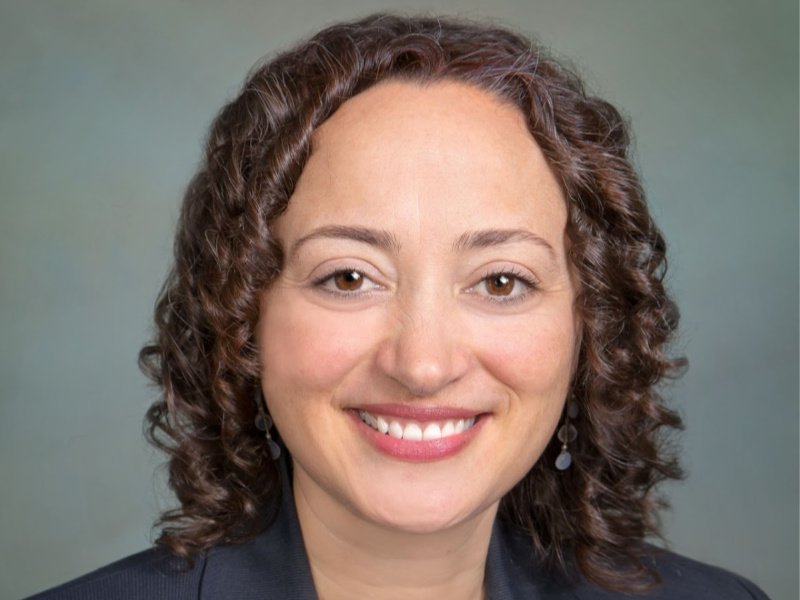 Highlighting the work of securing and protecting civil rights is the foundation of the annual Dreyfous Lecture, which this year brings to Tulane Law School the chair of the U.S. Commission on Civil Rights.

As the chair of the independent, bipartisan agency charged with advising the president and Congress on matters of civil rights, she has not shied away from controversy. Under her leadership, the commission has urged reforms of other civil rights agencies and condemned policies that deny rights to LGBTQ citizens, Native Americans, inmates and children at the border. The agency has been critical of efforts that fail to address sexual harassment. Last summer, her office condemned the president’s rhetoric telling several Congresswomen to “go back” to their countries, when in fact the U.S. is their home country.

The Dreyfous Lecture annually brings to Tulane featured speakers on civil liberties and human rights law. Lhamon was appointed by President Obama to a six-year term on the Civil Rights Commission in 2016. She also serves in the cabinet of California Governor Gavin Newsom, where she has been Legal Affairs Secretary since January 2019. Lhamon previously litigated civil rights cases at the National Center for Youth Law.

Before coming to the Commission, Lhamon served as the Assistant Secretary for Civil Rights at the U.S. Department of Education until January 2017. President Obama nominated her to the Assistant Secretary for Civil Rights position on June 10, 2013, and she was unanimously confirmed by the U.S. Senate on August 1, 2013. Immediately prior to joining the Department of Education, Lhamon was director of impact litigation at Public Counsel, the nation’s largest pro bono law firm. Before that, she practiced for a decade at the ACLU of Southern California, ultimately as assistant legal director.

Earlier in her career, Lhamon was a teaching fellow and supervising attorney in the Appellate Litigation Program at Georgetown University Law Center, after clerking for The Honorable William A. Norris on the United States Court of Appeals for the Ninth Circuit. In 2016, Politico Magazine named Lhamon one of Politico’s 50 Thinkers Transforming Politics and the National Action Network honored Lhamon with their Action & Authority Award. In 2015, Yale Law School named Lhamon their Gruber Distinguished Lecturer and the Association of University Centers on Disabilities awarded Lhamon their Special Recognition Award.

The George Abel and Mathilde Schwab Dreyfous Lecture on Civil Liberties and Human Rights was established in 1965 to honor George Abel Dreyfous, the founder of the Louisiana Affiliate of the American Civil Liberties Union and a Southern pioneer and leader in the field of civil liberties. In 2003, the title of the lecture series was changed to honor both Mr. Dreyfous and his wife, Mathilde Schwab Dreyfous, a tireless community volunteer and activist who worked closely with her husband towards an end to segregation and discrimination against African-Americans