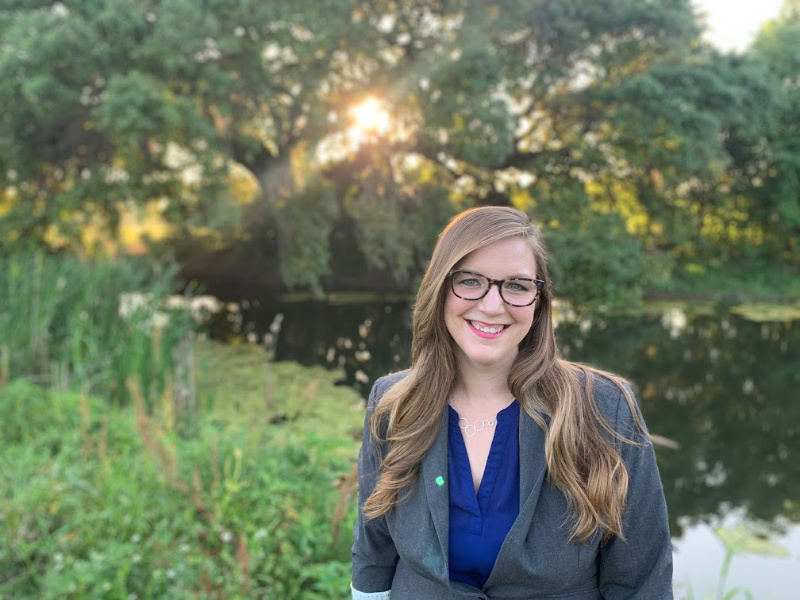 Jenna Raden, a third-year law student, has won the prestigious Burton Award in writing, the fifth Tulane Law student to win in the past seven years.

“What’s wrong with wanting better?” was a question that third-year Tulane Law student Jenna Raden’s article challenged in an analysis of the process of using municipal incorporations to determine a community’s boundaries – and who gets to stay in, and out.

Posed by a resident pushing to incorporate her country-club enclave to draw targeted businesses, while excluding poor communities at its fringes, Raden answers it in a Tulane Law Review Comment with a resounding "because it violates the Fair Housing Act."

Raden’s work addressing how easy, and pervasive, it is for such boundaries to be drawn on racial and economic lines, thus entrenching segregation and inequality in the poorest communities, has won the prestigious Burton Award, given annually to a select few law students from the nation’s top law schools for exceptional legal writing.

“Extraordinary writing ability is one of the most important skills of any lawyer and the Burton Award is the nation’s highest possible recognition of that talent,” said Dean David Meyer.  “We are enormously proud of Jenna’s well-deserved honor, and thrilled that her success extends Tulane Law School’s remarkable streak of recognition through these Awards.”

The Awards, co-sponsored by the American Bar Association and Law360, are presented annually at a gala event at the Library of Congress.  This year, because of the coronavirus pandemic, the 2020 Burton Awards ceremony has been rescheduled for 2021.

Raden’s Comment traces the history of municipal incorporation as a discriminatory practice – past and present – and methodically analyzes a novel segregative effect claim under the Fair Housing Act (FHA) as a possible tool to invalidate future discriminatory incorporations. Raden documents the attempts at incorporation of a country-club community in Georgia called Eagle’s Landing and, nearer still, the St. George community in East Baton Rouge Parish.

She argues that establishing city boundaries that exclude communities of color and low-income people violates the FHA and further entrenches racial inequalities.  The boundaries allow wealthy communities to hoard their tax resources for their own interests and extract much-needed resources from the greater community for things like schools and municipal services.

The analysis has been three years in the making. An art undergrad from Northeastern University, Raden humbly gives a lot of – perhaps too much – credit to her professors at Tulane Law.

She says her Legal Research and Writing Professor, Erin Donelon (BA'94), gave her a foundation and the tools in legal writing and analysis to take on such an overwhelming and complex topic.

“Dean Seicshnaydre has also been an amazing professor and mentor who has challenged me with difficult questions about complex issues, and been a tremendous support. She encouraged me to tackle this topic one paragraph at a time, and freely gave me her time to let me talk the article through (sometimes in circles) when I felt stuck.”

Seicshnaydre (L '92), Dean for Experiential Learning and Public Interest Programs, is considered a national expert in the field of housing discrimination.

“Jenna has a keen analytical mind, a gift for unraveling and resolving complex problems, and the writing skills to communicate clearly and effectively,” Seicshnaydre said. “Her best quality, in my view, is that she wants to use all these talents to make the world better.”

Raden had an interest in housing law and civil rights as a volunteer at the Greater New Orleans Fair Housing Action Center and as a housing intern for Southeast Louisiana Legal Services during her 1L summer.

In her second-year of law school, Raden was invited to the Tulane Law Review as a junior member. She also took Seicshnaydre’s Fair Housing Law & Litigation course. During that time, she learned about the Eagle’s Landing effort and her final paper shifted in focus, morphing into her student Comment.

“The piece contains fraught topics, with a lot of history and nuance, and as a student and a non-expert that is nerve-wracking. But I also really wanted a comprehensive understanding of this topic as an aspiring civil rights or housing attorney, so, with the support of my professors and advocates, I approached the legal question methodically,” Raden said. “It’s a skill that attorneys use every day but one that I was taking on in earnest, outside the controlled classroom context, for the first time. This project, without a doubt, afforded me the most growth as a law student and writer.”

Raden’s Comment was published in Vol. 94 of the Law Review.

In her dedication, she wrote:

“Thanks to Stacy Seicshnaydre for the mentorship, guidance, and passionate encouragement of inquiry; to the members of the Law Review for your diligence and stamina; to J. McCarty and M. Shevins for their thoughtful input and constant support; to B. Hellman, my most scrutinizing editor and constant supporter, this trajectory is all your fault (and I could not be more grateful); and to my Raden family, my gratitude and appreciation for who you are and how you have shaped me cannot be contained in a footnote and is far too sappy for scholarship.”

In addition to the Burton, Raden has won Tulane University’s 34 Award, presented to students who show scholarship, leadership and community service while pursuing their education. This year, she served as a Student Attorney for the Civil Rights & Federal Practice Clinic as well as an Articles/Managing Editor for the Law Review.

Raden also plans to practice public interest law after graduation and was selected for the U.S. Department of Justice’s Honors Program for the Civil Rights Division, one of the most prestigious appointments in the country for recent law graduates.