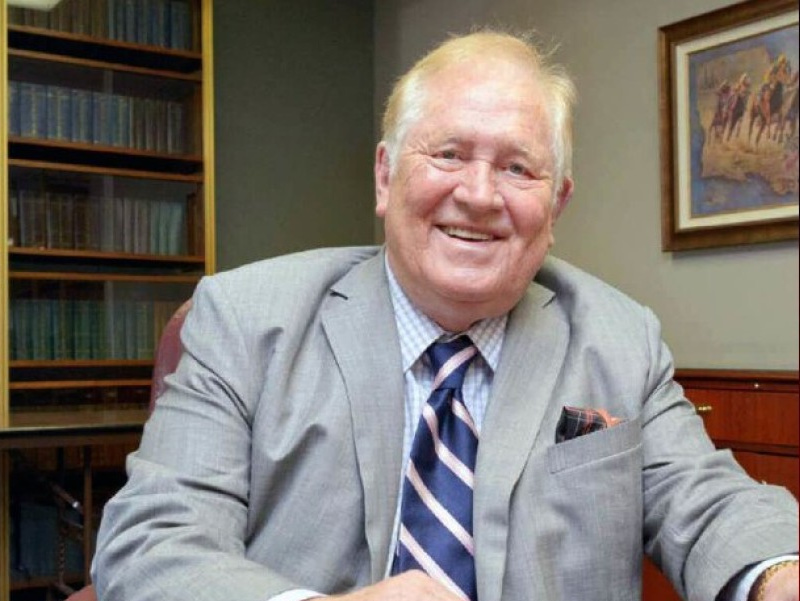 Alum Bob Wright (L'57) was a stand-out attorney who took part in some of the most nationally significant litigation of the era. He also created a scholarship to give back to students who wanted to pursue careers in law.

He was a pathbreaking trial lawyer who played a stand-out role in some of the most nationally significant litigation of the era, including landmark lawsuits arising from the BP Oil Spill, the Catholic Church sexual abuse scandals, and against Big Tobacco.

But, to those who knew him best, Bob Wright was much more than that. The 1957 graduate of Tulane Law School was the picture of a self-made man, born with few means, whose hard work and curiosity brought him great success but also led him to extend a hand up to others.

Wright, a Midwest transplant who practiced in Lafayette for 60 years, died earlier this week at the age of 89.

Wright was everything from Louisiana Bar Association and Louisiana Trial Lawyers Association president to serving on the Louisiana Racing Commission to feed his love of horse racing, to becoming a member of the state Board of Regents.

“Bob Wright was a giant in the trial bar whose legacy will be felt in the law and in the lives of his clients’ families for generations,” said Dean David Meyer. “It will also be felt at Tulane through the scholarship he and Gaynell generously created to create a path for other talented students of limited means to follow in his footsteps.”

Born as the youngest of 11 children, Wright spent his early years supporting his family in Illinois. He also played basketball, his daughter told The Times-Picayune, a skill that landed him a scholarship at Centenary College in northern Louisiana. He subsequently attended Tulane Law School, where he served on the Tulane Law Review, the institution’s flagship journal.

After law school, he took a job with then-state Rep. James Domengeaux’s law firm in Lafayette. That connection led him to find all sorts of opportunities in real estate, hockey and even horse racing.

According to The Times-Picayune, Wright in 1978 was instrumental in bringing the Muhammad Ali and Leon Spinks fight to the Louisiana Superdome. He later would bring a minor league hockey team to Lafayette called the Ice Gators. And he developed the Uptown hotel, the Maison St. Charles, where New Orleans Mayor LaToya Cantrell once worked.

Wright is survived by his wife, Gaynell, his son and daughter, and numerous family and friends.