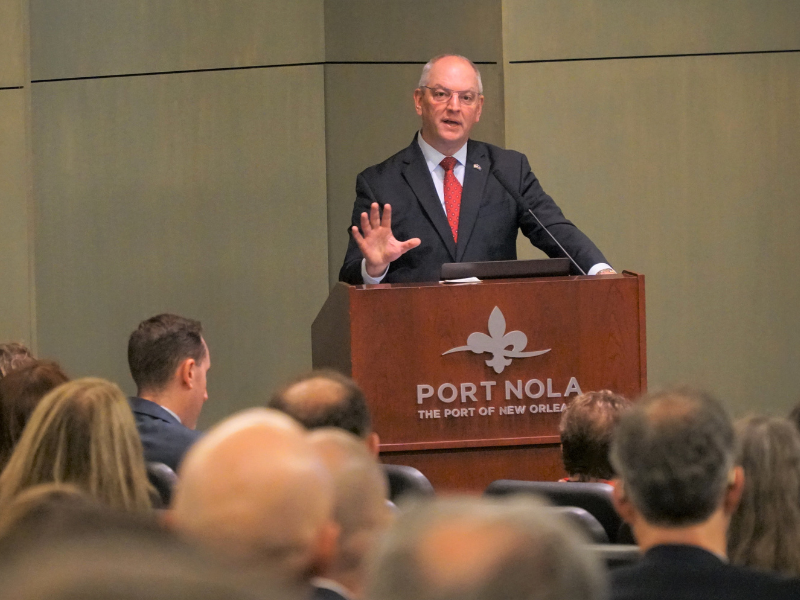 Edwards said he was pleased to see the standing-room-only crowd of industry leaders, scholars and changemakers at the event, which packed the Port of New Orleans administration conference room, a herald to the interest there is in a state that is beginning to tap into the potential of wind energy in the region.

“Here in Louisiana, we are uniquely poised for success,” Edwards told the almost 200 participants of the conference. “Offshore wind provides the opportunity for us to build off our existing skill set and experiences in the offshore oil and gas industry.” 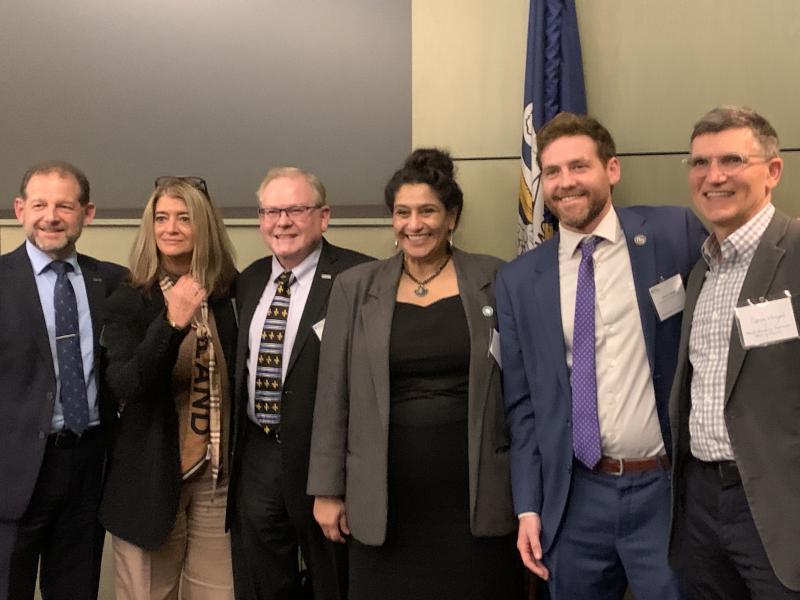 The conference, hosted by the Tulane Energy Law Center, along with sponsor Bracewell, was titled “Tulane Offshore Wind Conference: Overcoming Barriers in the Gulf” and highlighted the significant potential in the Gulf of Mexico for wind energy.

The Gulf has the potential to generate almost 510,000 megawatts of offshore wind energy per year. That is twice the current energy need of all five Gulf states, and larger than the potential offshore wind capacity of the Pacific Coast and the Great Lakes combined.

Gulf wind leases are expected to launch in 2025, putting Louisiana and Tulane Law school at the cross-roads of a growing energy sector. The conference is another sign of Tulane Law's growing expertise in wind law, which made it the perfect venue for a conference of regional, national and international leaders in the field, said Dr. Kristoffer Svendsen a Senior Research Fellow at Tulane and the event organizer.

The day-long conference also explored the legal issues surrounding the leasing process, as well as compliance, financing and permitting, among other topics. Speakers included global experts on wind energy, including:

Even though the Gulf has weaker wind speeds compared to other wind energy areas nationally, the Gulf makes up for its relatively weak winds with other attributes. Its shallow waters reduce the need for tall, expensive turbines, and its warm temperatures and smaller wave heights will make construction and maintenance relatively easy and inexpensive. Port terminals and wharves are already located near the strong offshore wind resources, and offshore oil platforms may gain a second life as wind energy substations or serve in other support roles.

“What truly sets the Gulf apart is its primed and ready workforce,” said Svendsen. “Many of the skills needed in the offshore oil and gas industry are directly transferable to building and servicing wind farms.”

Offshore wind leasing in the Gulf will test whether the Gulf region’s superior oil and gas supply chain, technical know-how, and skilled offshore workforce can accelerate the development of offshore wind beyond that of the Atlantic and Pacific coasts.

With the recent passage of the Inflation Reduction Act (IRA), the Gulf region is ripe for an offshore wind boom, said Svendsen. The IRA now requires oil and gas lease sales of 60 million acres in the previous year as a pre-requisite for offshore wind lease sales.

The opportunity for the regional economy is clear, he said.

"The NREL estimated back in 2020 that the construction of a single 600-megawatt wind farm in the Gulf could support about 4,470 jobs while creating $445 million in GDP,” said Svendsen. “The current wind energy areas off the coast of Texas and Louisiana have the potential of more than 10 times that. That is a lot of jobs and a lot of money.”

Other speakers at the conference included the following: