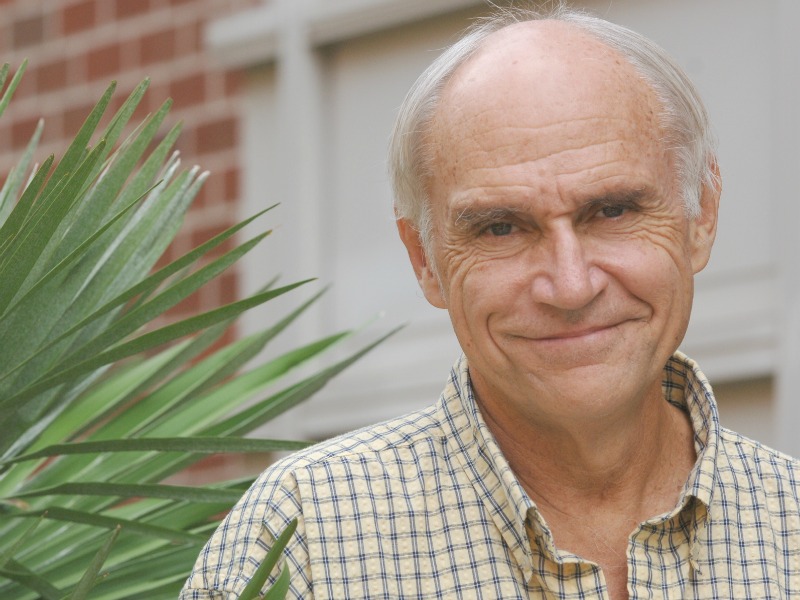 Prof. Oliver Houck is an internationally-recognized scholar for his role in shaping modern environmental law.

For his pioneering role in modern environmental law and as one of the world’s most committed advocates of protecting nature, Tulane Law Prof. Oliver Houck was honored with the American Bar Association’s 2019 Lifetime Achievement Award in Environmental, Energy, and Resources Law and Policy, one of the highest honors bestowed by the ABA.

Houck, whose legacy at Tulane includes building a world-class environmental law program, jump-starting the largest student-run environmental law summit in the nation and supporting the recent launch of the Tulane Center for Environmental Law, received the award at the 27th Fall Conference of the ABA Section on the Environment, Energy, and Resources, Sept. 13 in Boston.

“This major award recognizes Oliver Houck’s singular record of leadership, scholarship, and advocacy in shaping the modern field of environmental law,” said Law Dean David Meyer. “We are extremely lucky that he has built the better part of that record at Tulane Law School, and that he continues to help shape the future of our new Tulane Center for Environmental Law.”

The ABA’s Section on the Environment presents the award annually to “individuals or organizations who have distinguished themselves in environmental law and policy, contributing significant leadership in improving the substance, process or understanding of environmental protection and sustainable development.”

Houck joined Tulane’s faculty in 1981, after serving as a federal prosecutor in Washington, D.C. and as vice president and general counsel for the National Wildlife Federation. Beloved by students, his classes emphasize relationships between ecology and law, and he regularly takes students on field trips into coastal ecosystems, the Pearl and Atchafalaya swamps and other natural areas. He has received the law school’s Felix Frankfurter Distinguished Teacher Award was named a recipient of the Sumter Marks Award in 2000 and 2002 for his publications. He also has been honored with the New Orleans Press Club Award and Tulane’s top teaching honor, the President’s Award for Excellence in Professional and Graduate Teaching.

In recent years has been honored with notable national and statewide awards, including the American Bar Association’s Distinguished Achievement Award in Environmental Law and the Distinguished Professor Award from the Louisiana Bar Foundation. In the spring, his own alma mater honored him with the inaugural Georgetown Alumni Achievement Award in Environmental Law. He is a 1967 graduate of the school.

Houck has also been a force on the international environmental law scene. He recently signed onto an amicus brief to the Ecuador’s Constitutional Court calling for recognition of the rights of the Dulcepamba River, a case legal experts believe will provide specific standards and limits for applying the rights of nature in that country’s constitution.

He has also founded several public interest organizations in Louisiana and at Tulane Law School and has consulted on the development of environmental law in Cuba and other Latin American countries.