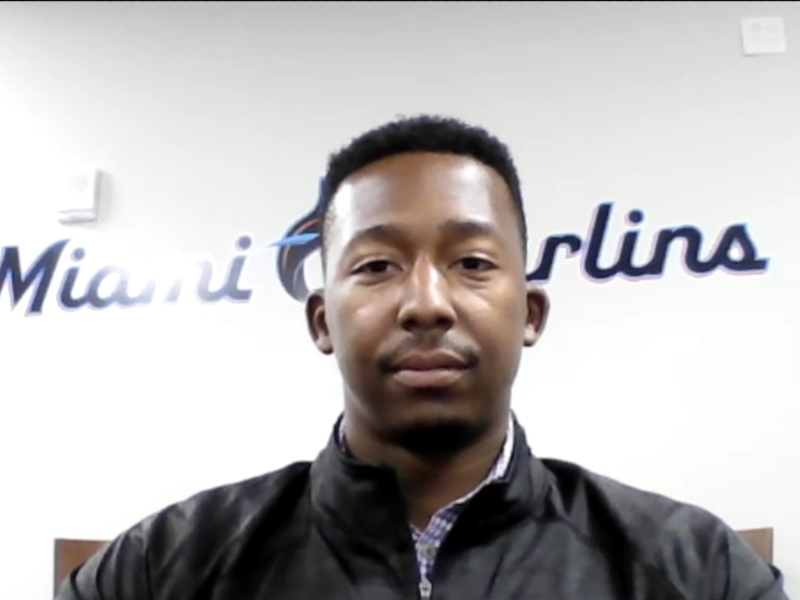 He initially thought his path after law school would be more traditional, working as a legal counsel in the industry, maybe for a team. Instead, he is in team operations.

“Law school shaped my path,” said Jackson during his interview with recent graduate and past president of the Tulane Sports Law Society Schuyler Corbin (L’22). Jackson spoke about the hard and soft skills it takes to manage aspects of a sports team, which include negotiation and mediation, but also synthesizing a lot of information quickly.

During Jackson’s time at Tulane Law School as at student, he served as Co-Chair of Tulane’s International Baseball Arbitration Competition and was a Scouting Intern with Tulane University's baseball team.  After graduating law school in 2018, he accepted a baseball operations role with the Atlanta Braves organization before joining the Miami Marlins baseball operations department in 2020.