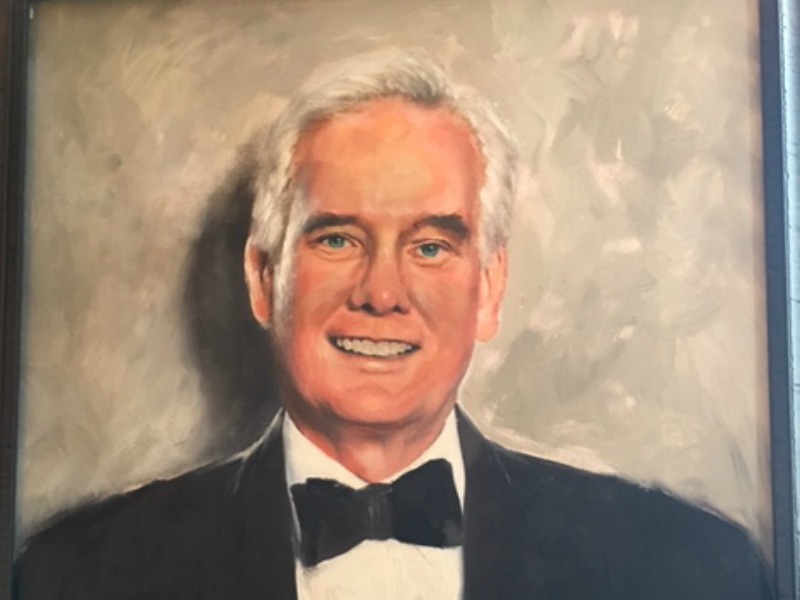 The long-time Director of Tulane Law School’s Trial Advocacy Program spent a lifetime fervently honoring all three, from raising a family, singing whenever and wherever he could and defending the rights of those whose voice was rarely heard.

Murray (L’64) died in September of 2017. His service drew many students, friends, academics and former clients, some of whom he had helped release from long prison sentences.

For his contributions to Tulane, including his decades teaching and the co-founding of the trial advocacy program, the law school is hosting a celebration of his life and legacy Jan. 30, what would have been Murray's 81st birthday. The event runs from 5:30 to 6:30 p.m. at the John Giffen Weinmann Hall, 6329 Freret St., Room 110, with a reception following.

“My Dad was larger than life,” said Murray’s son, Shawn Murray (L’99), a lawyer in Mandeville. No matter what the challenge or how insurmountable the odds, my Dad always knew what to do, how best to do it and he always persevered until the job was done.”

During his long career as a criminal defense attorney, Murray touched the lives of thousands and took on cases – often pro bono – that others would not tackle.

“He believed so deeply that everyone, no matter what they had done or who they were or where they came from, deserved to be represented, he took on cases no one would,” said his daughter, Kathleen Murray Beach.

As a long-time adjunct professor at Tulane, Murray influenced thousands of students who took his courses, none more popular than those where he taught real-life courtroom skills.

“I was just one of the many people who went on to have a successful law career because I had the benefit of Julian starting that program,” said Lynn Luker, (L’81), an adjunct professor and co-director of the Trial Advocacy Program. “He made such a difference in my life.”

Murray graduated from Tulane Law School in 1964, starting his career as a prosecutor and eventually opening his own practice. By the late 70s, he was an adjunct professor at the law school where he began to press for a trial advocacy program, recruiting talented young attorneys like Luker to help him shape the curriculum.

“This was the first program that gave real-life training,” said Luker, who succeeded Murray as one of the program's directors.

Despite the schedule he kept, Murray dedicated extraordinary amounts of time to doing pro bono work. He represented such high-profile clients as Wilbert Rideau, convicted by an all-white jury of killing a bank employee during a botched robbery. Rideau sat in Louisiana’s Angola prison for more than 40 years, becoming an author and journalist in prison.

With a defense team that included Johnnie Cochran, George Kendall and Murray, Rideau was tried for a third time in 2005, which ended in a manslaughter conviction and a 21-year sentence. He was released on time served.

Rideau said Murray was "one of the most important people in my life," adding, “He was one of my oldest and dearest friends.”

He said Murray hung on for 20 years fighting his case, never giving up. He remembered Murray’s courtroom skills this way in his book:

“Julian’s strength was addressing; he was like a Shakespearean actor who had his audience in the palm of his hand.  He out-Atticus’d Atticus Finch.  Julian was a master of the courtroom.”

“I guess Julian, so pure of heart himself, wanted his gift to me – my freedom – to be pure as well,” he said.

Murray also represented rookie NOPD officer David Warren, who spent three years in prison for the post-Katrina shooting of an unarmed man, Henry Glover. In a second trial, he was exonerated.

Gifted with a beautiful singing voice, Murray’s children remembered that he was asked to sing all the time at weddings and funerals, and, as Shawn Murray puts it, “I don’t think there is a restaurant in New Orleans that he didn’t once sing in.”

Over the years, Murray received numerous awards for his work. He was selected as one the Best Lawyers in America for more than 25 years. He was chosen to be an Honorary Member of the Coif, received the Jack Martzell Professionalism Award, named Tulane Adjunct Faculty of the Year, and was twice featured on the cover of New Orleans magazine.

His most prized award was being named Distinguished Attorney of the Year by the Louisiana Bar Foundation in 2004. His father told him he had been chosen from 20,000 lawyers in Louisiana. He even joked, during his acceptance speech, that “it was all downhill from here.”

When Murray decided in 2008 to step down as director of the Trial Advocacy Program, he told the Tulane Lawyer that he knew two things to be true about being faculty: He tired much more easily than when he started and that the students never tire.

With that, Murray said he’d would continue to teach and pass on his wisdom as long as he could, warning, “Man proposes, God disposes.”

“But that’s who he was,” said Luker. “He never stopped giving back.”