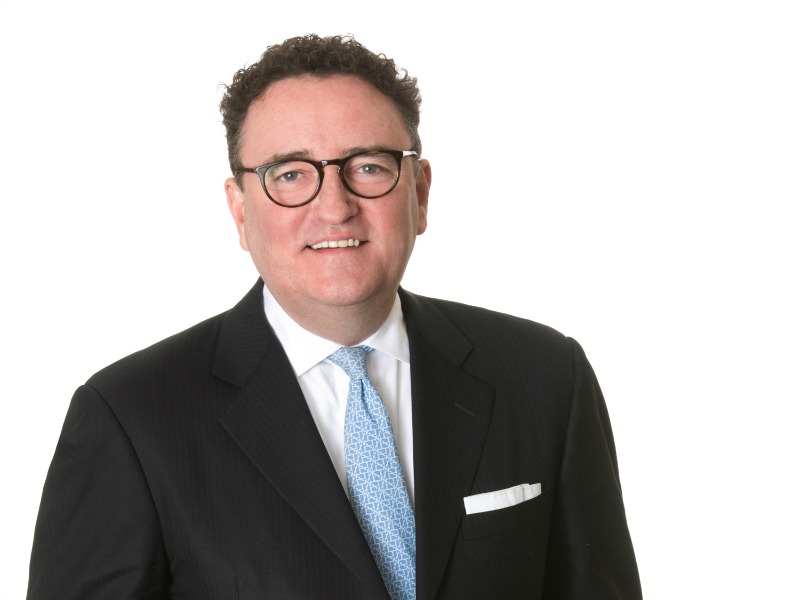 Tulane Law alumnus Thomas Lane (L'91) wants his endowed scholarship not only to help students, but also to continue to spark change in law firms about the importance of having a diverse roster of attorneys. (Photo: Courtesy Winston & Strawn)

Bernard Lane was an Army Ranger with two bronze stars and one of the toughest soldiers you’d ever meet. Richard Morrison, having lived through alcoholism, spent his life counseling others in crisis and despair.

Both lived in loving relationships with partners in the 70s, when being openly gay in the United States was socially and politically unacceptable, and one of the most tumultuous times in the American gay rights movement.

“They were hysterically funny, yet two of the toughest men I ever knew,” said their nephew, Thomas Lane (L’91), a Tulane Law alumnus who is honoring his uncles’ personal bravery by creating an endowed scholarship for LGBTQ students in their name.

The generous – and deeply personal -- gift from Lane, a partner at the New York law firm Winston & Strawn and one of the country’s top intellectual property and new media lawyers, will be used to create the Lane-Morrison Endowed Law Scholarship to support students who identify as gay, bisexual, transgender or queer as means to contribute to the diversity of Tulane Law.

“I have a great love for Tulane and I thought a place that has such a diverse history, and diverse community, is the right place to do this,” he said.

By launching the scholarship last June, Lane chose to honor the 50th anniversary of the Stonewall Riots in New York City, widely considered the birth of the gay liberation movement. The uprising of violent demonstrations on June 28, 1969 in Greenwich Village’s Stonewall Inn against a police raid led to the establishment of national organizations fighting for the rights of LGBTQ communities. A year after the riots, New York City saw its first Gay Pride Parade.In that historical context, Lane wants the scholarship not only to help students, but to continue to spur change in law firms about the importance of having a diverse roster of attorneys.

Give to the Lane-Morrison Endowed Law Scholarship Today!

“Law firms have gradually come to understand that diversity is not just the right thing to do, but it’s what our clients demand,” he said. “It’s still hard today for someone to recognize and accept who they are, and diversity within law schools will only help in that fight. But it takes time.”

As a top intellectual property and new media litigator, Lane also has been a prosecutor, a political aide, an LGBTQ activist, a promoter of diversity and pro bono work in the legal profession, and more recently, a Broadway and film producer. He was featured in LawDragon as one of “The 500 Leading Lawyers in America.”

“Tom Lane reflects the very best of Tulane Law School, talented, creative, and passionately committed to making the world a better place,” said Dean David Meyer.  “We’re intensely proud of Tulane’s contributions to diversifying the legal profession and in combatting barriers based on sexual identity, and grateful to Tom for helping ensure our continued leadership in this cause.”

The Tulane Journal of Law and Sexuality, founded in 1991, remains the nation’s only student-edited journal dedicated entirely to legal issues of significance for the LGBTQ community, ranging from constitutional theory and civil rights law to family law, health law, and employment law. 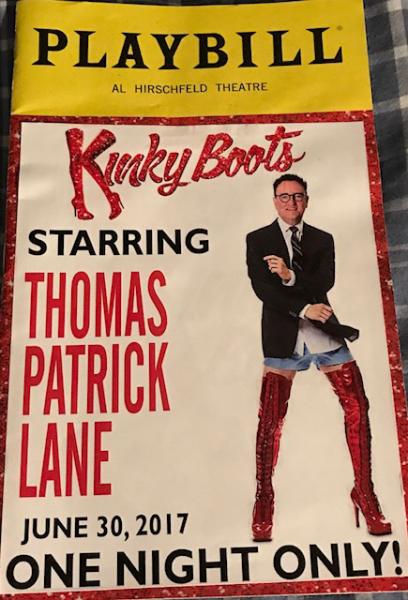 Originally from the Boston area, Lane told LawDragon that he was born a fighter. A hemophiliac who arrived two months premature and was adopted into an Irish Catholic family, Lane said he played baseball against his family’s wishes and fought against homophobic stereotypes throughout his life.

Lane highlighted those beginnings in his endowment. “From an early age, Mr. Lane faced a variety of hurdles, from being adopted, to hemophilia, to coming out. But surviving and succeeding was only made possible by the unique combination of two families, two incredibly accepting parents, and 18 aunts and uncles, who urged him ‘to strive, to seek, to find, and not to yield.’ It is in their honor, and particularly in recognition of Richard Morrison and Bernard Lane, one a lifetime public servant and the other a decorated war veteran, who lived their lives of honesty in a time of extraordinary discrimination, for whom this fund is named. And for all of the other (many!) members of a family which has always believed in equality and justice in the law for all members of the LGBTQ community.”

As a Broadway producer, he appeared in the Cyndi Lauper-scored musical Kinky Boots – wearing the boots – and helping to raise money for a number of causes, including the Theatre Development Fund and the True Colors Shelter.  Lane also had the chance to throw out the first pitch at a Boston Red Sox game (against the Yankees!) for the Pedro Martinez charity, which serves children and education in the Caribbean. And this month, the production he helped produce, Hadestown, took home a Tony Award for Best Musical, winning a total of eight categories, the most of all nominated shows.

Devoted to his Tulane roots – Lane hosts an annual networking reception in New York each summer for alumni and students and is active in recruiting and hiring Tulane Law graduates to his firm each year.