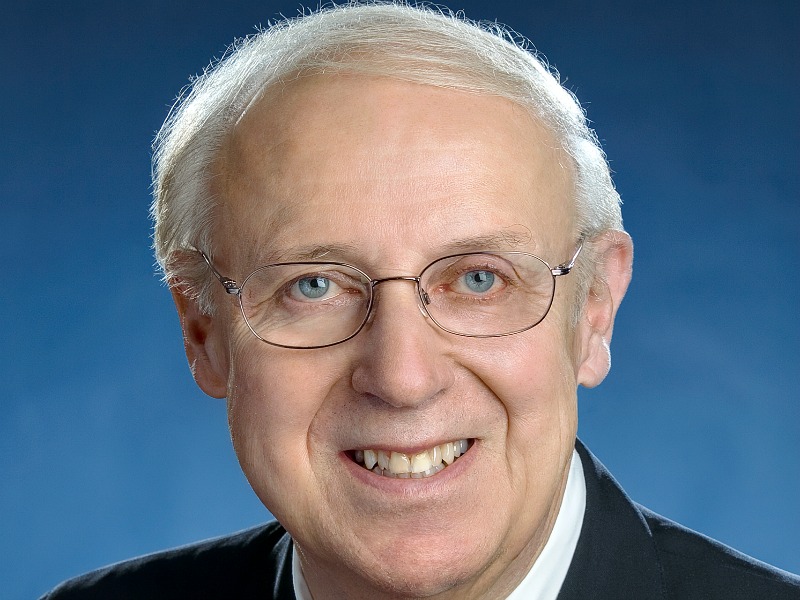 As a “giant” on the bench of the country’s leading arbiter of corporate governance, Tulane Law alumnus Andrew G.T. Moore wrote and shaped much of the landmark case law that continues to guide the organization and conduct of American business today.

Moore (L’60), a justice on the Delaware Supreme Court for 12 years and one of the founders of the Tulane Corporate Law Institute, died Dec. 10 in his Wilmington home.  He was 83.

Moore served on the high court from 1982 to 1994 in a state where more than half of the U.S.’s publicly-traded companies are registered. During that time, his background in corporate law made him the leading voice on issues such as fiduciary duty and the responsibilities of boards of directors. In all, he wrote 468 opinions, many of them in landmark cases.

He is credited with authoring some of the most influential legal decisions that continue to be the bedrock of how boards and committees operate, including Revlon v. MacAndrews & Forbes; Unocal v. Mesa Petroleum; Weinberger v. UOP, Inc.; and Aronson v. Lewis.

“Justice Moore was a giant on the bench and his legacy will live on in corporate law for generations to come,” said Dean David Meyer.

“In addition to his enormous legacy as a jurist, he played a founding role in the Tulane Corporate Law Institute, helping to make it the premiere annual venue for Delaware judges and titans of the mergers and acquisitions bar.  The Tulane Institute, which now draws more than 800 participants each year, would not be at Tulane without Justice Moore.  We owe him a great debt and are enormously proud of his dedication to Tulane.”

Moore was fiercely committed to preserving the rule of law and he stuck to his principles, said Alan Stone (E’83, L’87), a partner at the New York firm Milbank, Tweed, Hadley & McCloy,  who clerked for Moore after graduating from Tulane Law.

“He was a terrific mentor and had a huge effect on my career,” Stone said. “But as a jurist, he was the leading light in terms of corporate law on the Delaware Supreme Court.”

Stone said the state’s five-member high court offered written opinions that were first circulated among all the justices producing capstone decisions on corporate valuations and the disclosure of that value, and that Moore’s hand could be seen clearly even in opinions he did not author.

“He had a tremendous influence. I don’t know that we’ve seen in the past 50 years a period of greater change in Delaware in corporate law than the 80’s,” Stone said. “Crafting these decisions required a great deal of knowledge about the law, but also creativity to balance the interests of all the stakeholders.”

Moore, who was born in New Orleans and received both his undergraduate in business administration and his law degree from Tulane, was a dedicated alumnus who jumped at the opportunity to chair the first planning committee that launched the first Corporate Law Institute in 1988.

“From the time we met, he insisted he be called ‘Drew’ and that’s how it was from that point on,” said Louis Fishman (B’ 63, L’65), a partner at the New Orleans firm of Fishman Haygood, LLP and a co-founder of the Tulane Corporate Law Institute.

Fishman and the late John M. Page (L'60)  recruited Moore to become the chairman of the first CLI planning group. “John and I asked this prominent Delaware Supreme Court justice to do this gigantic favor for us: Give us two full days of your time and countless hours of planning in between so we can have this seminar. But Drew was incredibly willing to help Tulane and the law school.”

And help he did, chairing the Tulane Institute every year afterward, until 1995.

Fishman said Moore helped put Tulane Law on the map in corporate law – at the time of Moore’s graduation, the law school barely graduated 100 students each year and had fewer than 10 faculty members.

“Here was this young man who came out of this little law school in New Orleans and he becomes a Supreme Court justice in Delaware!” Fishman said. “That’s also his legacy. That out of this law school came Drew Moore, a tribute to the education he received. He proved Tulane Law could go toe-to-toe with anybody.”

Moore’s path to the high court started when he finished law school and served in the JAG Corps of the U.S. Air Force at Dover Air Force Base. He was a member of the bars of Delaware and Louisiana, and served as law clerk to Delaware Chief Justice Charles L. Terry, Jr. He later practiced law in Wilmington 18 years, primarily in the field of corporate litigation. He was a partner in the firm of Connolly, Bove, Lodge & Hutz.

In 1982, he was appointed to the Delaware high court by Gov. Pierre S. duPont IV, where he was considered a tough jurist who followed the letter of the law.

“He followed the law, even when he knew the law needed fixing, and he left it to the (Delaware) General Assembly to fix it,” Stone said. “There were many cases where he struggled, but he always followed the law.”

In 1994, Moore left the court and joined the investment banking firm of Dresdner, Kleinwort, Wasserstein, Inc. as a Senior Managing Director and Senior Advisor until 2004. In 2011, he joined the firm Gibbons P.C. as a senior administrator to help the firm expand its practice in corporate law.

Moore is survived by his devoted family, including his wife of 53 years, Betsy.

Funeral arrangements can be found here.