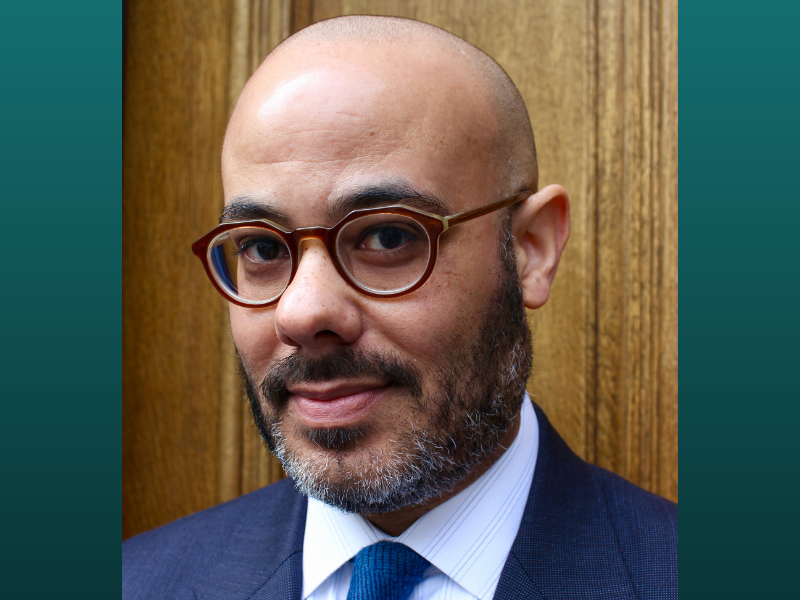 Freedom of expression in schools will be the subject of the Tulane Law School McGlinchey Lecture on Federal Litigation Feb. 9 at 5 p.m. in the law school's John Giffen Weinmann Hall, Room 110.

This year's lecturer is Professor Justin Driver, the Robert R. Slaughter Professor of Law and Counselor to the Dean at Yale Law School who will give a lecture titled "Schooling Free Speech," where he will delve into freedom of expression in America's schools.

Driver is the Robert R. Slaughter Professor of Law and Counselor to the Dean at Yale Law School. He teaches and writes in the area of constitutional law and is the author of "The Schoolhouse Gate: Public Education, the Supreme Court, and the Battle for the American Mind." The book was selected as a Washington Post Notable Book of the Year and an Editors’ Choice of The New York Times Book Review. "The Schoolhouse Gate" also received the Steven S. Goldberg Award for Distinguished Scholarship in Education Law, and was a finalist for the American Bar Association’s Silver Gavel Award and Phi Beta Kappa’s Ralph Waldo Emerson Book Award.

A recipient of the American Society for Legal History’s William Nelson Cromwell Article Prize, Driver has a distinguished publication record in the nation’s leading law reviews. He has also written extensively for general audiences, including pieces in Slate, The Atlantic, The New York Times, The New York Times Book Review, The Washington Post, and The New Republic, where he was a contributing editor. A member of the American Law Institute and of the American Constitution Society’s Academic Advisory Board, Driver is also an editor of the Supreme Court Review. In 2021, President Biden appointed Driver to serve on the Presidential Commission on the Supreme Court of the United States.

Previously, Driver was the Harry N. Wyatt Professor of Law at the University of Chicago. Driver is a graduate of Brown, Oxford (where he was a Marshall Scholar), Duke (where he received certification to teach public school), and Harvard Law School (where he was an editor of the Harvard Law Review). After graduating from Harvard, Driver clerked for then-Judge Merrick Garland, Justice Sandra Day O’Connor (Ret.), and Justice Stephen Breyer.

The McGlinchey Lecture was established in 1996 by the law firm of McGlinchey Stafford, to honor its founder, the late Dermot S. McGlinchey, a distinguished Tulane Law School graduate (L'57). McGlinchey was a dedicated supporter of the law school, and his many charitable contributions included service as the chairman of the school's building fund. He devoted much of his life to promoting equal access to the courts, and he revitalized the Louisiana Bar Foundation.