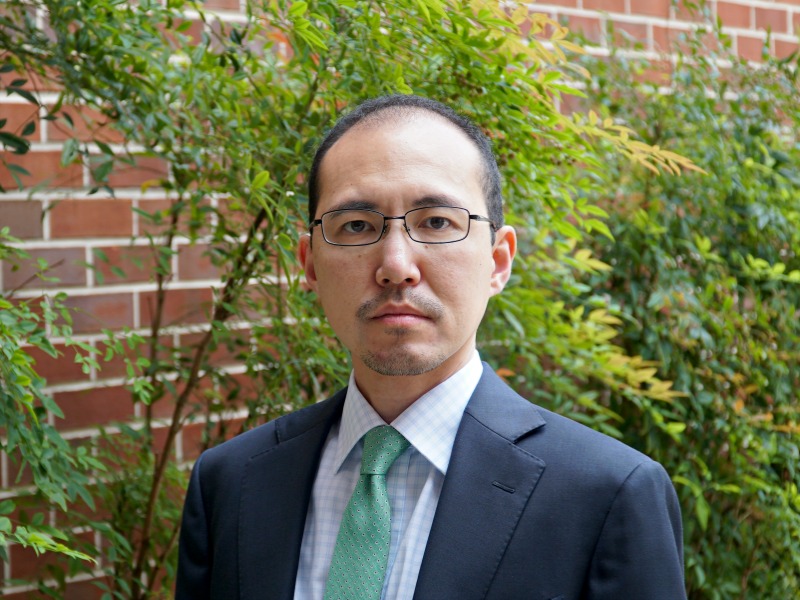 “Jeremy is a world-class talent, his work is impactful,” says Alan Fisch. “We’re honored that he’s been selected as the inaugural holder of this professorship.”

Bock’s scholarship centers on intellectual property, technology law and regulation. He has focused his research on the patent system, which he evaluates through the lens of behavioral economics, cognitive psychology, and management science.

“We are excited about this new professorship and the support it represents for our intellectual property program,” said law Dean David Meyer. “Alan Fisch has helped set the bar for excellence in patent litigation across his professional career and we’re grateful that Alan and Louise are partnering to ensure that Tulane plays the same leadership role in IP scholarship nationally.”

Louise Fisch (G’94) is a published historian and author of All Rise: Reynaldo G. Garza, the First Mexican American Federal Judge, published by Texas A&M Press. She received a master’s degree in history from Tulane in 1994, and her undergraduate in journalism from the University of Texas at Austin.

“There’s never been a more important time to support academic research and scholarship,” said Louise Fisch. “We’re delighted to be able to help do so.”

The gift comes at a time of expanding visibility and impact for Tulane Law in the field. In addition to the recruitment of Bock in 2018, Tulane has added new courses and learning opportunities in the field. In 2017, the law school was designated by the U.S. Patent and Trademark Office as a regional hub for intellectual property expertise to provide pro bono patent and trademark legal services to micro entities. And in 2018, the U.S. Patent Office held hearings at the law school of its Trademark Trial and Appeal Board (TTAB) proceedings, that included an educational session where Board judges shared tips for successful advocacy before the board.

And for several years now, the law school has had a patent practicum in which students, under the supervision of expert faculty, represent individuals seeking patent and trademark protection for their intellectual property.

"The support this professorship will provide for teaching and research in the area of intellectual property is particularly timely, as this field has been actively undergoing change over the past decade," Bock said. "Several pieces of new legislation and multiple Supreme Court rulings have dramatically changed the legal landscape in recent years."

Bock was a natural fit for the professorship. He has focused on patent law his entire professional career. After graduating from the Massachusetts Institute of Technology with an undergraduate degree and a graduate degree in Electrical Engineering and Computer Science, Bock worked as a patent agent. From there, he attended law school at the University of California at Berkeley. And after graduating law school, he served as a judicial law clerk to The Honorable Alan D. Lourie of the United States Court of Appeals for the Federal Circuit. In private practice, prior to joining the academic ranks, Bock’s practice focused on patent law. And in academia, Professor Bock’s teaching, research, and scholarship have spanned the full gamut of patent law topics.

Bock arrived at Tulane Law from the University of Memphis School of Law. He earned national notice as a scholar of intellectual property law early in his career, studying how patent law doctrines function within the real world of the patent “ecosystem.”

Several years ago, one of his papers (later published in the Minnesota Law Review) was selected in a blind competition for presentation in the Harvard-Stanford-Yale Early Career Scholarship Workshop, one of the most significant scholarly accomplishments available for early-career legal scholars. He was awarded tenure at Tulane Law in 2020.