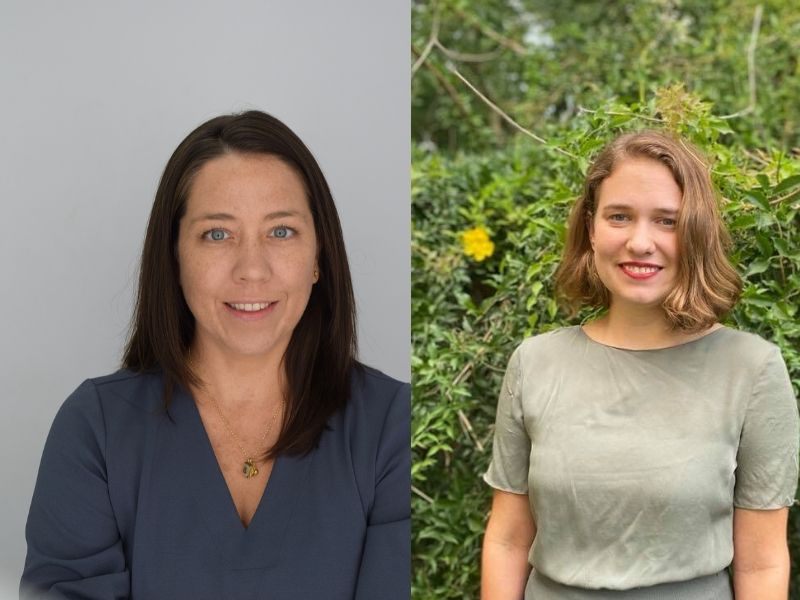 Tulane Law’s commitment to social justice issues takes a giant leap forward this fall with the opening of its two newest clinics focusing on immigration and First Amendment issues.

This summer, the two clinics, the Immigrant Rights Clinic and the First Amendment Clinic, have begun a slow ramp-up to opening this fall and accepting cases and new clients.

It suits the mission of the law school, which was the first in the nation 32 years ago to make pro bono hours a requirement for graduation. It also expands on its 41 years of clinical education, giving locals without the means access to justice while also providing law students with skills training that makes them job-ready at graduation.

“These two important clinics will not only meet critical needs at home but serve as a national models in developing best practices to meet the growing crises across the country,” said Law Dean David Meyer. “We are enormously grateful to the donors who enabled us to launch these clinics and look forward to working with our alumni and other partners in expanding support for these critical initiatives in the years to come.”

Within a week of her arrival this summer, Clinic Director Katharine Schwartzmann (L’03) was already firing off a letter to the New Orleans Police Department about an incident on the Crescent City Connection where police denied firing rubber bullets into a crowd of peaceful protesters.

Schwartzmann provided the NOPD with evidence that rubber bullets had been fired, contrary to Department denials. “I am deeply concerned that the material in my possession is only the tip of the iceberg,” Schwartzmann wrote the department. “I want to add my voice to the voices of others who have been calling on the NOPD for days to be honest about what happened.”

Within two days, NOPD’s top brass was apologizing for the use of the bullets, which violated normal department protocol.  The incident remains under investigation.

The new Clinic was funded last year with an almost $1 million donation from the Stanton Foundation to protect and defend First Amendment rights. Schwartzmann said she looks forward to training students and having an impact in the community by defending freedom of speech, which is more important now than ever.

“The creation of this clinic – and the work it will do –  is crucial at this moment in history," said Schwartzmann. “We have an opportunity to prepare the lawyers of tomorrow to be strong defenders of the free press, which is indispensable to meaningful public discourse. We also can help prepare lawyers to fiercely defend the constitutional right of dissent against abuses of people and power, which is so essential to our democracy.”

Schwartzmann, who will be taking on cases and working with 5 students this first year on cases ranging from free speech and the right to peacefully assemble, has a long history as a leading civil rights attorney and social justice advocate.

In 2011, Schwartzmann was named the Managing Director of the Southern Poverty Law Center’s Louisiana office, supervising a staff of investigators and attorneys focused on education reform, immigrant justice and prison reform.  She was the lead attorney who filed the class action lawsuit against conditions at the Orleans Parish Prison, resulting in a consent decree over conditionsin partnership with the United States Department of Justice. She also went on to co-found and direct the Louisiana office of the MacArthur Justice Center, a public interest law firm focused on criminal legal reform. Schwartzmann has litigated cases throughout the federal courts in Louisiana and in the Fifth Circuit Court of Appeals.

Led by Yale-educated attorney Prof. Mary Yanik, the clinic was funded last year with a gift of $400,000 by the Silicon Valley Community Foundation and comes as Louisiana is playing an increasingly central role in the nation’s immigration crisis and as Tulane Law is expanding skills-training opportunities for students.

Yanik was barely at Tulane a few weeks when she made headlines with a case she had shepherded, along with Tulane Law students as an adjunct professor, to enable an immigrant advocate who was under threat of deportation to stay in the U.S.

The Clinic in June secured a special victims of labor trafficking visa for Jose Torres, who had hidden in Mid-City church to avoid deportation.

“The new clinic is needed now more than ever to confront the unprecedented expansion of immigration detention in this state. Students will be on the frontlines, both providing representation and supporting the community response to this crisis.”

The clinic will begin this fall working with six students on cases involving immigrant detainees in Louisiana’s detention centers. Director of Experiential Learning and Prof.  Laila Hlass, a national immigration law expert and the force behind the law school’s increasing expansion of immigration law offerings, will co-direct the clinic with Yanik.

Louisiana is increasingly at the epicenter of the nation’s immigration crisis, with former prison space being used to house federal detainees, whose numbers have multiplied under Trump administration policies.

Yanik comes to Tulane from her post as a staff attorney at the New Orleans Workers’ Center for Racial Justice, where she has regularly represented dozens of clients seeking U-visas because of workplace abuse, in addition to representing immigrants and guest workers in complaints before the Department of Labor, National Labor Relations Board, and Equal Employment Opportunity Commission.

Yanik also was an adjunct professor at Tulane Law, co-teaching the Immigrant Rights Practicum course along with Hlass.  Yanik, through the Practicum, worked with law students on cases in collaboration with the New Orleans Workers' Center for Racial Justice, helping to represent noncitizens seeking humanitarian immigration protections, like Torres.

Most recently, she was one of the lead attorneys representing an immigrant whistleblower who raised questions about working conditions at the now-collapsed Hard Rock Café site in New Orleans. The worker was deported despite requests from City Council and the Louisiana Workforce Commission to release him to participate as a material witness in ongoing investigations into the collapse.

Yanik received her J.D. from Yale Law School in 2014 and a bachelor of science and bachelor of arts from University of Maryland in 2011.