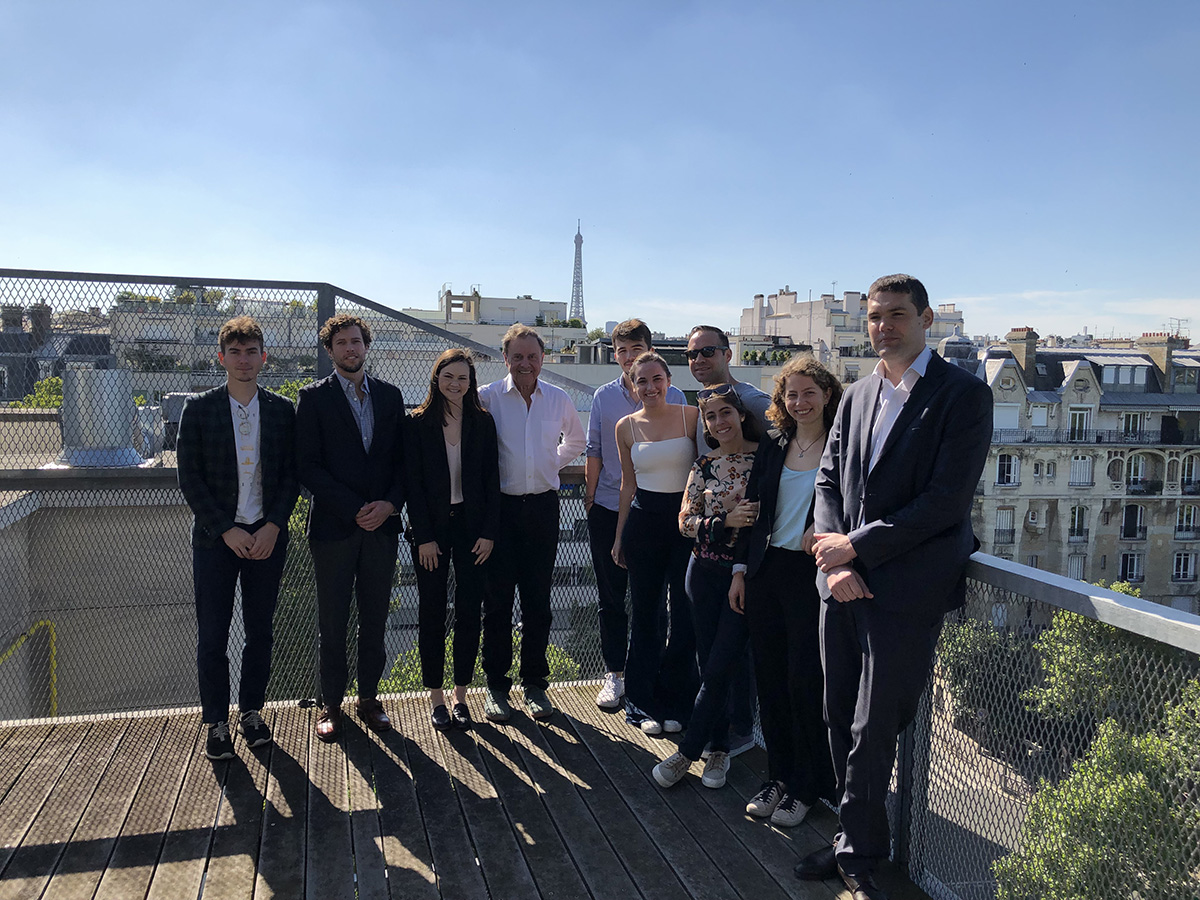 Internships are available only to students who successfully complete the academic portion of their summer law program. Please review each of the program internship opportunities below. To apply for any of the opportunities, please complete our internship application form.

APPLICATION DEADLINE- Applications received by March 15 will receive a preference in internship placement.

To submit an application, you will be required to provide the following documents:

Directed Research
Summer abroad internships are not eligible for credit. If you would like to pursue additional credits, you may be eligible to earn 1-3 credits through directed research with your program director. You must receive credit approval from your home institution and you will be required to write a 30-35 page law review quality paper. Please contact the Director of your program to further discuss this option. Their contact information can be found below under each program.

Students participating in Tulane’s summer program in Rhodes may be eligible for judicial clerkships, extern- or internships with law firms, non-governmental organizations or international governmental organizations specializing in the areas of admiralty, law of the sea, or marine environmental management. Thus far the Administration has secured several placements options in Greece (Rhodes, Athens/Piraeus), and the United States. Additional placement options are likely to become available in other Mediterranean countries and Northern Europe.

The two Federal Judicial Clerkships (Intern/Externships) are available only to students who successfully complete the associated academic portion of the summer law program.

To apply for any of the opportunities above, please complete our application form. Applications received by March 15 will receive a preference in internship placement.

Siena internships run for a minimum of four weeks (six weeks is the preferable length). Due to the wide scope of the internships, there is much room to accommodate the students' individual qualifications and interests.

Interns must attend the Tulane Siena program to be qualified for these positions. All internships will begin after the Siena program, working based on the knowledge gained there.

Each year, the UNIDROIT Secretariat is willing to host one Siena program student to collaborate with the officer in charge of the area of cultural property law. The selected intern will have the opportunity to conduct research and prepare concept notes on one of the Institute's current work program subjects, or on work associated with other UNIDROIT instruments.

The internship will run from late June to late July. Knowledge of another language than English is not required but appreciated. The internship is not remunerated and interns are required to have adequate medical insurance coverage during their stay in Rome.

THE INSTITUTE OF ART AND LAW IN LONDON

The Institute of Art and Law in London will offer a virtual internship for one student after the conclusion of the Siena Summer Program. https://ial.uk.com/

The Institute of Art and Law is an educational organisation, founded in 1995, giving knowledge and perspective on the law relating to cultural heritage, a concept which includes art, antiquities, archives, archaeology, architecture, monuments, treasure and much more. IAL’s educational remit is fulfilled through publishing and courses. It convenes distance learning and intensive courses (both public and in-house) on art and museums law, as well as seminars, study groups and conferences in the United Kingdom and abroad. It also publishes books and commentaries on all aspects of the law relating to cultural heritage, in addition to a quarterly periodical, Art Antiquity and Law, now in its twenty-sixth year.

Internships are available for Siena students interested in working with the Holocaust Art Restitution Project. Students will be working on both Nazi-looted art and antiquities looting matters with a combination of research (particularly in the National Archives and Library of Congress) and writing (white papers and perhaps briefs) supervised by a leading historian in the field, Marc Masurovsky.

Interns will work with The Ciric Law Firm, PLLC. Interns will work on a broad range of issues, including cultural heritage cases (mostly World War II cases), CLE program formation, and will have the possibility of writing for publication. Interns can be located in New York or work remotely, but must be able to meet in New York at the request of the firm.

These internships will be supervised by historian Marc Masurovsky, who has long been a leader in the field of Holocaust repatriation and restitution, as well as the broader fight to stop the plunder of cultural objects and sites. Marc Masurovsky is on the research staff of the Presidential Advisory Commission on Holocaust Assets in the US. He co-founded the Holocaust Art Restitution Project (HARP) in 1997 and has served as its Director of Research and is a Board member. He has researched the question of assets looted during the Holocaust and World War II since 1980 and has worked as an expert historian on a class-action lawsuit for Jewish claimants seeking restitution of lost accounts and other liquid assets from Swiss banks. As a consultant and historian for the Department of Justice's Office of Special Investigations, he researched alleged Nazi war criminals living in the U.S., interviewed witnesses to crimes against humanity and studied post-war relations between former Nazi officials and Allied intelligence agencies. Mr. Masurovsky earned his M.A. in Modern European History from American University in Washington, D.C. For his Master's thesis, he researched "Operation Safehaven: the Allied response to Nazi post-defeat planning, 1944-1948.

INTERNSHIP HOUSING
For the all of the Siena internships, participants are responsible for arranging their own housing accommodations. Interns may work remotely for the New York internship, however they must be available to meet in New York at the request of the firm.

To apply for any of the opportunities above, please complete our application form. Applications received by March 15 will receive a preference in internship placement. Internships are open to summer program alumni, although current students have preference.

Letter from the director regarding internships:
We have a number of Paris law firms who receive our students as interns. They are awarded on a competitive basis, and knowledge of French and a good transcript are important factors in the evaluation. One of the firms, for example, is quite large and has offices around the globe. Another is small but warm, friendly and interesting, with some international practice. An intern can arrive ahead of the program dates to start the internship, then work concurrently in afternoons with the program classes in the morning, and may even stay working on after the program. The actual schedule is entirely worked out between the firm and the intern, and there is usually flexibility on their part as to dates.

If you need further information, please contact me. We would indeed be very glad to have you in the Paris program.

To inquire about Cambridge Program internship opportunities, please contact the Program Director, Professor Griffin at sgriffin@tulane.edu. If provided with an opportunity, you may apply by submitting an Internship Application form.

To inquire about Berlin Program internship opportunities, please contact the Program Director, Professor Fedtke at jfedtke@tulane.edu. If provided with an opportunity, you may apply by submitting an Internship Application form.