The Professional Football Negotiation Competition, run by the Tulane Sports Law Society, is a simulated contract negotiation using real life scenarios and actual upcoming NFL free agents.  The competition will provide participants with the opportunity to sharpen their negotiation skills as well as their knowledge of actual NFL contracts.  In order to simulate an actual negotiation, the participants will receive a set of confidential objectives that serve as guidelines for the negotiation.  Participants will either represent the football club or the free agent.  Participants will also be provided with an excel workbook that will allow them to quickly crunch the numbers and determine if contract proposals will meet their requirements.  Experts in the industry will serve as judges for each negotiation and will conclude the competition with a discussion of relevant NFL topics.  The competition will be held annually in the spring academic semester at Tulane University Law School.

To place your school on the 2019 invite list, please contact us. Priority will be given to those who apply early. Questions or concerns regarding the competition can be directed to TulanePFNC@gmail.com. 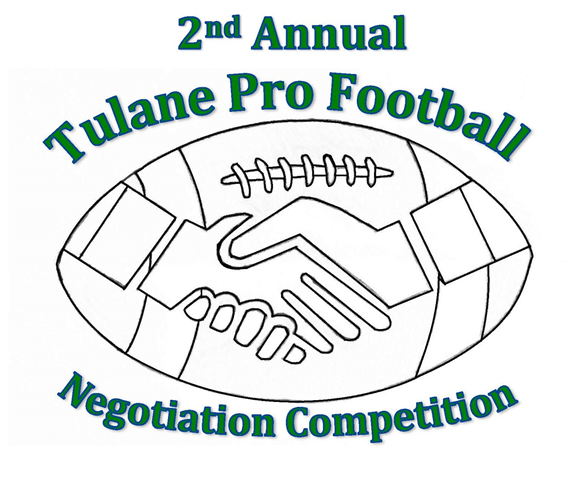