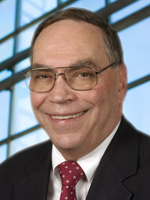 Mr. Rodriguez is a partner of the law firm Fowler Rodriguez Valdes-fauli, resident in its New Orleans office.  He has extensive experience in all aspects of maritime law, with particular emphasis on collision, other significant shipping and pollution casualties, limitation of liability, environmental regulation, maritime products liability, vessel construction and repair, cargo and chartering disputes. He is an internationally recognized expert on the Oil Pollution Act of 1990 and CERCLA, subjects upon which he has written and lectured extensively.