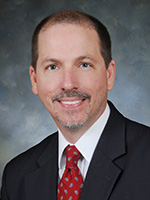 David B. Sharpe is a partner at the New Orleans law firm of Lugenbuhl, Wheaton, Peck, Rankin & Hubbard.  He was born in Bethesda, Marylandand graduated from Tulane University with a Bachelor of Science in Electrical Engineering.  After graduation, he worked for two years at Motorola, designing radio systems in the Gulf South. He then attended law school at George Washington University’s National Law Center in Washington, DC.  Mr. Sharpe graduated with honors in 1990, and has practiced law in New Orleans ever since. His practice concentrates on maritime law, with an emphasis on commercial litigation (casualties, maritime liens, breach of contract, etc.) and contract negotiation (charter parties, master service contracts, indemnity agreements, ship mortgages, etc.). He has trial and appellate experience, and is admitted to the Bar of the United States Supreme Court. He also remains involved with academia. He teaches a course on towage and offshore service law at Tulane Law School, where he is an Adjunct Professor of Law. He is a co-editor of the current West Publishing casebook on Admiralty Law (Healy, Sharpe & Sharpe - 4th ed. 2006) and the Handbook of Maritime Laws & Forms (West 2007). He has co-authored a pamphlet on vessel arrest for the maritime treatise Benedict on Admiralty. He has published a number of articles in law reviews and trade publications, and is a regular speaker on maritime law issues.