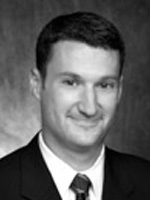 Matthew Chester is of counsel in Baker Donelson's New Orleans office. He previously worked as an Assistant US Attorney for the Eastern District of Louisiana, where he was a member of the Financial Fraud and Public Integrity units and served as deputy supervisor of the Public Integrity group. He prosecuted cases involving bribery, extortion, public official corruption, honest services fraud, securities fraud, mail/wire fraud, money laundering, cybercrimes and other financial crimes. He received his law degree from Tulane University Law School in 2004 and practiced in Texas after graduation until returning to New Orleans in 2008 to join the US Attorney's office.