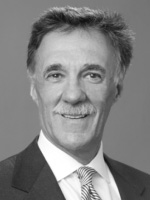 Mr. O'Neil received his BA in 1964 from Tulane University. He attended the University of Connecticut Law School and Loyola University School of Law (where he was on Law Review), receiving his JD in 1968. He was admitted to the Louisiana bar in 1969 and is currently the Managing Member of the law firm The O’Neil Group, LLC. He is a member of the American Bar Association and served as Chairman of their Standing Committee on Admiralty and Maritime Law from 1988 through 1990. He is a Professor of Law (Adjunct) at Tulane Law School where he has taught Marine Insurance, Tugs and Towage, Regulation of Shipping and Commerce, and International Law of Tug and Tow for over twenty years. He is a member of the Tulane Admiralty Law Institute Advisory Board and Co-Chairman of the Tulane New Orleans Maritime Seminar. He is a member of the Louisiana State Bar Association, the Louisiana Trial Lawyer’s Association, and the Maritime Law Association of the United States. He has taught International Law at Tulane’s summer program in Siena, Italy. His publications include Suit Against the Master (1995) and Insuring Contractual Indemnity Agreements Under CGL, MGL and P&I Policies, 21 Tul. Mar. L.J. 359 (1997).