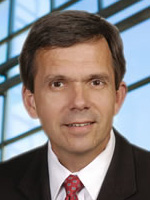 Mr. Chenault's legal practice is firmly grounded upon many years of practical maritime experience and training. He has an in-depth knowledge of marine navigation, marine engineering, propulsion systems, and ship design. After obtaining a degree in Naval Architecture from the U.S. Naval Academy in 1976, he completed the U.S. Navy's rigorous program in nuclear propulsion training. Afterwards, he served primarily in nuclear submarines, qualifying both as a deck officer and as a nuclear propulsion engineer. Between tours of submarine duty, Mr. Chenault taught engineering classes at the Naval Academy. He also has many years of experience in charge of offshore racing and sailing.

After spending eleven years on active duty, Mr. Chenault attended Tulane Law School, graduating with honors in 1991. At Tulane Law School, he was a managing editor of the Tulane Maritime Law Journal. He is currently a member of the U.S. Maritime Law Association, several bar, trade, and maritime associations, and is an associate member of the Society of Naval Architecture and Marine Engineering. Mr. Chenault is admitted to practice before all Louisiana state and federal courts, the U.S. Courts of Appeal for the Fourth, Fifth, and Eleventh circuits, and the U.S. Supreme Court. He retired from the Naval Reserve at the rank of captain.