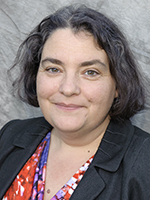 Kathleen Gasparian is the founder of Gasparian Immigration, a boutique immigration law firm in New Orleans. She is active in the American Immigration Lawyers Association (AILA) and NAFSA (Association of International Educators). She has served as the chair and treasurer of AILA’s Mid-South Chapter, the chair of AILA’s national liaison committee to the Executive Office for Immigration Review and as a regulatory ombudsperson for scholar issues for NAFSA Region III. She serves on the board for the New Orleans Chapter of the Federal Bar Association and as an adjunct professor of immigration law at Loyola University New Orleans’ College of Law and at Tulane University Law School.

Gasparian has authored or co-authored numerous articles on immigration, including "An Immigration Primer for Primary and Secondary Schools" in The Admissions Review, and "Adjustment of Status for the Atypical Entrant” in the 2012 Immigration Practice Pointers, published by AILA. Gambit, the alternative weekly in New Orleans, named her one of its "40 under 40” for her success as an attorney. In 2014, she founded PB&J: Pro Bono and Juveniles, a program to match immigrant children with pro bono legal representation, and she was recognized by Super Lawyers, the Louisiana State Bar Association and the National Organization for Women for her efforts.