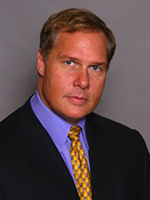 Bickford has been the lead counsel in multiple class action cases involving environmental damages. He recently represented crew members aboard the Deepwater Horizon, including the family of a worker killed in the 2010 oil rig explosion, and he represents Plaquemines Parish in its claim against BP resulting from the oil spill. He has provided expert testimony and been appointed as a special master in a variety of cases and frequently lectures on environmental law, trial tactics and election law topics.