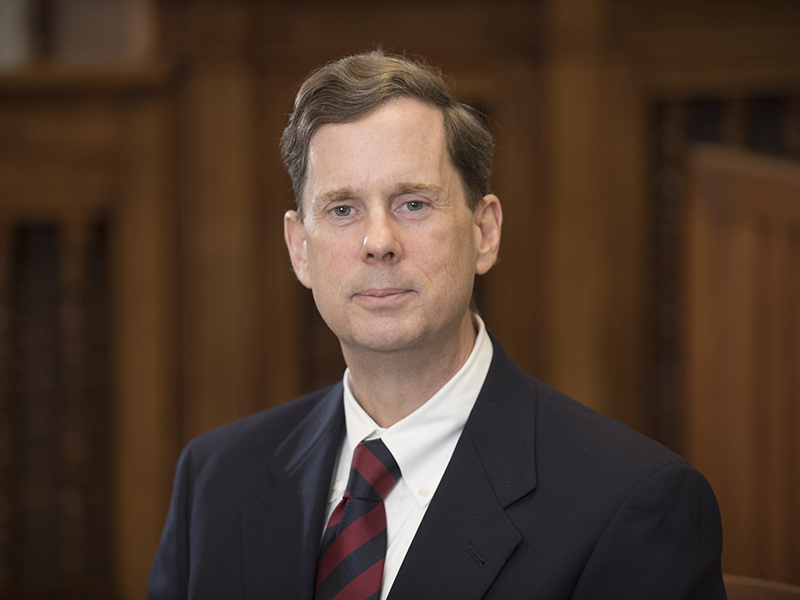 James E. Duggan is a national leader among law librarians. He joined the Tulane Law faculty as director of the Law Library and Associate Professor of Law in 2008 after 20 years with the Southern Illinois University School of Law, where he held numerous positions at the law library and taught Advanced Electronic Legal Research, Computers and the Law, Legal Research and Lawyering Skills. His long involvement with the American Association of Law Libraries includes serving as president in 2008-2009 and editor in chief of Law Library Journal from 2013-2018. He was inducted into the AALL Hall of Fame in 2014. Duggan is a past chair of the Association of American Law Schools Section on Law Libraries and Legal Information and the Louisiana Library Network (LOUIS) Executive Board. He currently serves on the Executive Board of LLMC, a national “non-profit cooperative of libraries dedicated to…preserving legal titles and government documents… [and] making copies…available digitally through its on-line service LLMC-Digital.” He has had articles published on topics including legal research, legal issues related to computers, the internet and technology.