Enviromental Law Summit: Liberian alum who risked his life to save rainforests will speak 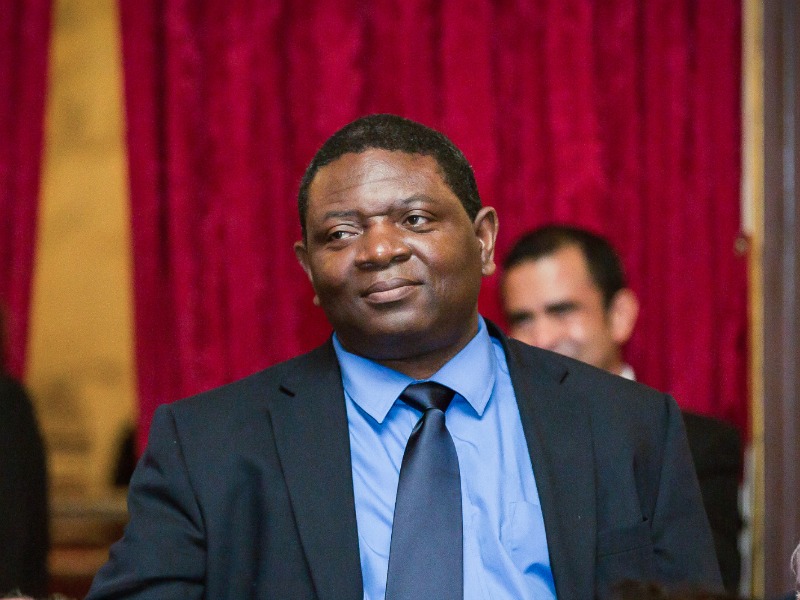 Brownell in 2019 received the Goldman Environmental Prize for his fight to save more than a half-million acres in Liberia’s rainforests and the lands of indigenous people being decimated by a Singapore-based palm oil company. He faced harassment and death threats for his work, forcing him to flee his country; he is now a Distinguished Scholar in Residence at Northeastern University School of Law Program on Human Rights and the Global Economy.

Register for the Summit here.

The Summit is fully student-led and organized, and in the past has featured such notable names as Jean-Michel Cousteau, son of the late Jacques Cousteau, and Yvon Chouinard, founder of Patagonia clothing company. It annually brings together speakers from around the globe representing voices from business, legal, and scientific backgrounds to discuss the environmental issues of the day and how they should best be addressed.

It beings Friday, March 6 at 9 a.m. and runs through Saturday, March 7, in the law school’s John Giffen Weinmann Hall, 6329 Freret St. Registration is required, but free and open to the public. CLE credits are offered of 15-plus hours, depending on the state.

Several keynote speakers will address the conference each day.  On Friday, Andrea Rogers, senior attorney with Our Children’s Trust, and Vic Sher, a partner at Sher Edling, will speak on a panrel addressing children and communities' rights to a healthy environment. In particular, Rogers will address the future of the 2015 lawsuit brought by young children against the U.S. government seeking a right to a clean and healthy environment as well as redress for its creation of a climate crisis through bad energy policy. Sher Edling LLP has brought suit against industrial companies on behalf of Rhode Island and cities of Baltimore, San Francisco, and Oakland, raising the basic question whether courts may deliver a remedy to plaintiffs who claim that climate change is harming them.

On Saturday, Prof. Alejandro Camacho of University of California Irvine,  and M.R. Oconnor, a foreign correspondent and journalist with interests in criminal justice, international development, science, and ethics, will speak on a panel on the cutting-edge theory of de-extinction, the idea that we can bring back some extinct species through scientific innovation.

Brownell is widely recognized as one of the leading defenders of environmental and human rights in Africa. As a litigator, he has served as lead counsel not only to Green Advocates, an organization he helped found, but also to its community partners, which together represent thousands of indigenous peoples in West Africa. He has championed the recognition of the customary land and property rights of local communities and indigenous groups against logging, the palm oil industry, and big agro.

“I have witnessed firsthand the stigmatization, threats, violence and criminalization of indigenous peoples, local communities and defenders in my native Liberia,” Brownell wrote in a recent Tulane Center for Environmental Law newsletter.

“My own experiences for the last 15 years have confirmed that a classic response from governments and businesses in recent time is not just to characterize legitimate grievances by indigenous peoples and local communities as anti- government, anti-development, and anti-investment. They are waging wars against indigenous peoples and individuals who are protecting the planet and its people by criminalizing their legitimate grievances and then threatening, arresting, intimidating, and imprisoning those who dare challenge this mode of development.”  -- Alfred Brownell (LLM '02)

Brownell on Saturday at 11:30 a.m. will speak briefly to those gathered about his work and the Goldman prize. He will hold a Q&A session, which comes just after a timely panel on how citizens can become involved in advocating for environmental causes in their own communities.

He also will participate in a panel on Friday on the rights of indigenous peoples locally and around the world.  He joins other environmentalists and scholars, including:

Other Summit panels will feature leading experts on such topics as climate change denial, renewable energy, flood management, protection of endangered species, among others.