Environmental Law Summit Wrap-Up: A 2020 Vision for Resilience and Recovery 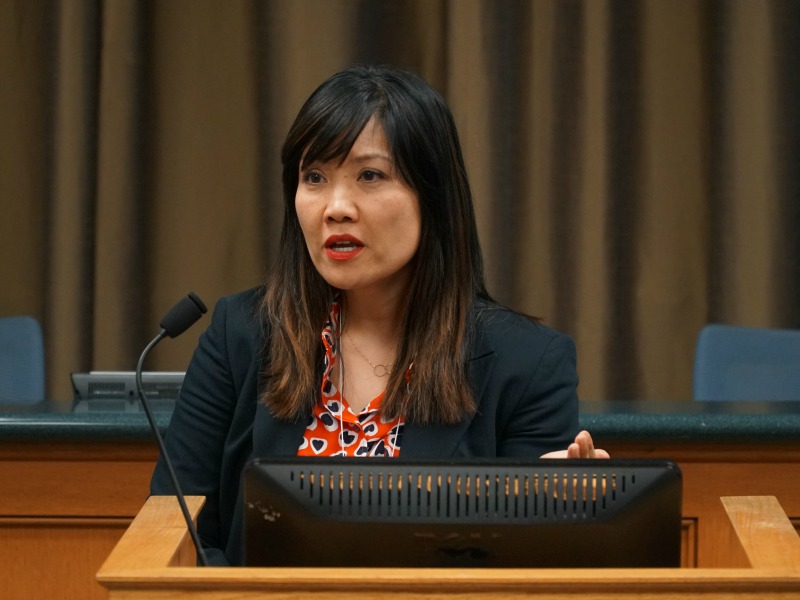 Several hundred people, including students from Tulane, Loyola, Southeastern universities, and other regional high schools and universities gathered at Tulane Law School for two days to learn about topics from the creation of the Louisiana Water Code to the future of endangered wolves to how green investing is changing balance sheets.

The event is fully student-led and organized, and has featured such notable names in the environmental movement as Jean-Michel Cousteau, son of the late Jacques Cousteau.  Tulane Law Schools commitment to being a leader in environmental law and policy was further enhanced on the eve of the Summit, when Louisiana Gov. John Bel Edwards kicked off a special event celebrating the creation of the new Tulane Center for Environmental Law, the academic engine for Tulane’s leadership in the field.

Friday’s events culminated in a keynote speech from Ruth Ann Castro (L’00), Senior Corporate Counsel at Google, and Tulane Law alum, who spoke about Google’s efforts to provide renewable energy for their entire corporate footprint, from regional data centers to their corporate headquarters. She also spoke about how Google products are enhancing environmental protection regimes by providing enhanced mapping capabilities to respond to chemical outbreaks and unlicensed fishing.

Her session capped off a packed day that began with sessions that did not shy away from the big issues facing Louisiana. One of the first panels examined the legal implications of protesting the presence or construction of oil pipelines that featured representatives of the protestors and the pipeline industry who provided insight into the different factors impacting one of Louisiana’s biggest economic drivers and the First Amendment. From there, attendees learned about how the Coastal Master Plan could impact the future of New Orleans and what can still be done to preserve the city and the hundreds of miles of coastlines receding into the water.

See photos from the Summit.

The event wasn’t limited to Louisiana issues, though. Summit speakers from up the Mississippi River provided details about mitigating upper riparian pollution like coal ash and nutrients, campaign professionals from Nevada and Arizona offered insight into their efforts to pass energy and environment-related ballot measures, and attorneys drafting the Convention on International Trade of Endangered Species (CITES) updated the Summit on the how the treaty is being updated to respond to new threats to big cats.

Saturday morning’s panels were deeply connected to Louisiana’s roots, with one featuring a discussion about the future of the state’s oyster industry and another about using actuarial data to assess climate risk in order promote better accounting standards and establish liability. To keep the discussion focused on practical matters, Summit panels on Saturday also focused on plastic, lead, and the future of food, all key components of a healthier and more sustainable future.

In the afternoon, panels focused on recent developments in environmental justice and a specific look at the Formosa Plastic Plant brought attendees to the front lines of the battles to preserve homes and communities against the excesses and byproducts of consumerism and global supply chains.

In light of such heavy topics, the Summit tried to highlight tools and resources designed to empower individuals and their communities to combat environmental degradation and take action to reduce the damage being inflicted by climate change.

This theme was reinforced by Saturday keynote Mark Hertsgaard, author of several books chronicling the politics of climate change as well as the recent rise of young people around the world who are demanding action, not because they are worried about their children and grandchildren, but because projections show major changes and challenges during their lifetimes. Given the role of students in organizing the Summit and their desire to get involved with using legal strategies to advance the cause, the keynote address was timely. His closing remarks highlighted the sense of urgency and the desire to change the toxic politics and policies that inspired the entire Summit, and will hopefully inspire all the attendees to take action.