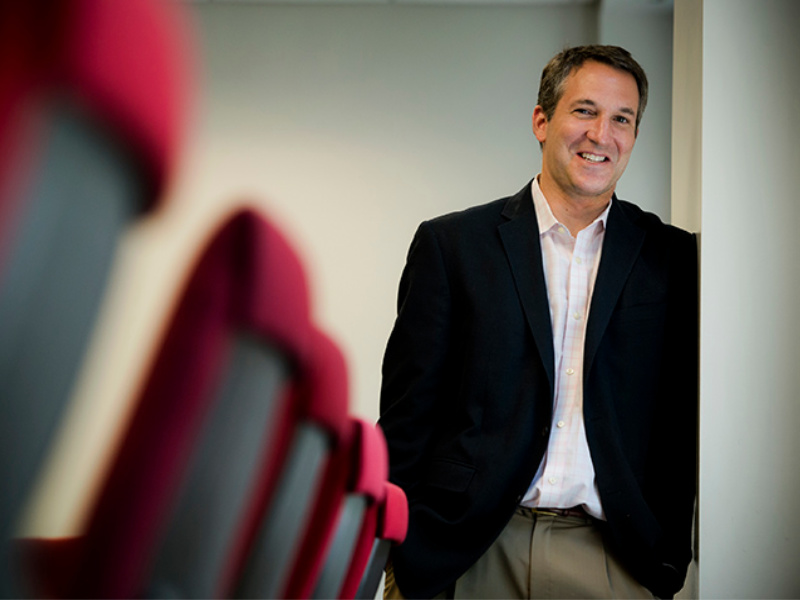 Thanks to a generous gift, Tulane’s first-of-its-kind Sports Law program will now be led by the nation’s first fully endowed professorship dedicated to sports law.

Alumni and longtime supporters, Leopold and Karen Sher and James and Tracie Garner have endowed the Sher Garner Professorship in Sports Law.  The professorship will be held by Professor Gabe Feldman, the director of Tulane’s Sports Law program and an internationally recognized leader in the field.  It is the largest gift to Tulane’s Sports Law program since its founding more than 25 years ago.

“Tulane is recognized around the world for its leadership in sports law,” said Dean David Meyer. “We’re enormously grateful to Lee and Karen, Jim and Tracie, and the Sher Garner law firm for their visionary support of our faculty and this important program.”

Tulane Law School became the first in the country to offer a specialized certificate in sports law in 1993 and remains a world leader in the field.

Sports law spans a range of legal fields, including antitrust, contracts, intellectual property, labor, and torts, as well as associated legal skills of negotiation, arbitration and litigation, all focused on their distinctive application to amateur and professional athletics.

The global business of sports, now estimated to exceed $700 billion in revenue, is one of the fastest growing sectors worldwide.  The legal issues presented range from sophisticated marketing, investment deals, and labor disputes to lawsuits filed by injured athletes and disgruntled fans, such as the flurry of litigation spawned by last year’s deflating New Orleans Saints’ “No Call” controversy.

Leopold Sher (A&S ’74, L’76) and James Garner (E ’86, L’89) are the founders and co-managing partners of the New Orleans law firm Sher Garner Cahill Richter Klein & Hilbert, LLP.  Tracie Garner (UC'97) and  Karen Sher (NC ’74, L ’77), who practices law with Berrigan Litchfield, LLP, have been ardent supporters of law school programs.  Both couples have children who are alumni or current students at the law school as well and have a long history of  support for the school, including an endowed scholarship and gifts to support faculty research and engagement.

“The Shers and Garners are standard-bearers for excellence in the legal profession and for Tulane,” Dean Meyer said.  “Our students and faculty have widely benefitted from their generosity and their support of our Sports Law program will ensure Tulane’s continued global leadership in a field of growing academic and professional significance.”