Tulane A-Z
Home / He has #dapperstyle: Law graduate has passion for vintage menswear

He has #dapperstyle: Law graduate has passion for vintage menswear 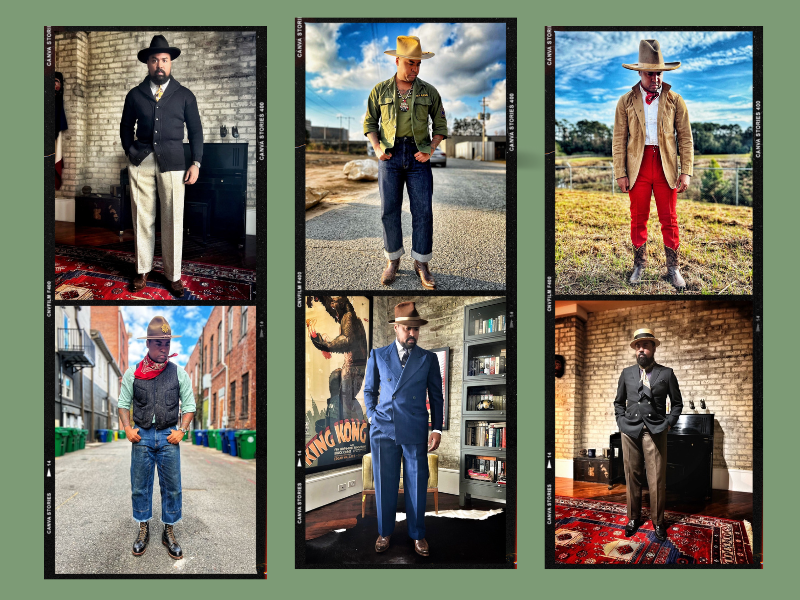 By any measure, Robert Waldrup’s closet is a thing of beauty: Filled with vintage clothing circa the 1940s, curated with precision and taste, perfectly suited to his Instagram alter ego @VernonValentine.

Through his account – which bears the name – Waldrup’s followers get a peek at his sartorial style, a tasteful blend that covers the gamut, from rugged vintage western to pinstripes to post-war military wear, to Americana street style.

Waldrup, a 2016 Tulane Law graduate, is part of a growing cadre of online fashion influencers, in his case, men’s vintage clothing, something he does both as a form of expression and for its sustainability. With almost 3,000 followers in a niche market, the Instagram page has become a trendy spot followed by some well-known vintage brands, and Waldrup is beginning to collaborate with others interested in the same market.

It’s still very much a hobby, he says, “but who knows? Maybe it will become something more someday.” As Waldrup puts it, he’s not a musician, but he understands the freedom music offers. For him, his sartorial muse is his language, a way of self-expression, his freedom.

“I can emote, I can challenge, and I can speak with my clothes,” he recently told asustainablecloset.com,  an online blog on sustainability.

Scroll his account and there he is wearing a Stetson hat, Depression-era Santo Domingo battery bird necklace ( a favorite), white tee and vintage 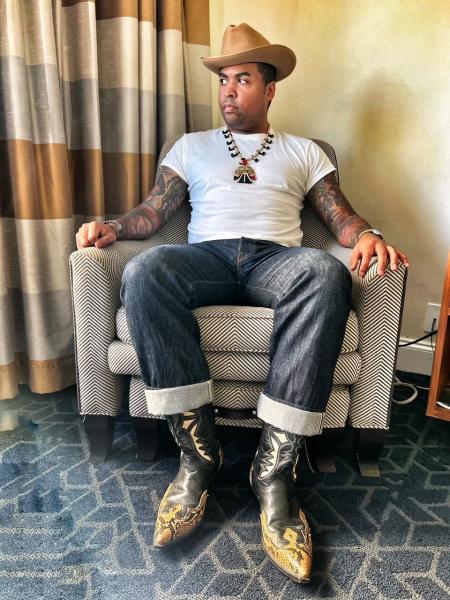 cowboy boots. Or, he’s decked in a royal blue 1940s suit, a 60s fedora and Acme cowboy boots.  Another shows him in denim and gingham, worn so stylishly with a Stetson and bandana, one forgets it's western wear – in 2022. The young lawyer pulls it all together with ease. He drips cool.

“For me, the clothing is a way to start my day in a creative way; just thinking about what I am going to put on breeds confidence, and I can retreat to my ideal self, to be my own person and do what I do well,” said Waldrup.

He takes all of the photos himself, “just me, my phone and a tripod.” His Instagram feels vintage masculine, artistic, dapper, with a touch of bon vivant; it’s both dazzling and unexpected. Then again, just about everything involving Waldrup is a little unexpected.

About a year ago, he left the military to join the New Orleans firm of Barrasso Usdin Kupperman Freeman & Sarver.  There, he is working on commercial and civil litigation, including some of the highest-profile cases in the city.

Yet, even as his work is to deal with legal complexities, his wardrobe is more reflective of his passion for creativity and knowledge, for the unusual, of the appreciation for the “one of oneness” of vintage garments, and his love of history. Vintage clothing is for him a connection to the struggles of Black Americans, who, as he explained to asustainablecloset, “adopted a style made popular in the halls of institutions designed to lock them out. Then, they not only adopted the style, but adapted it, reinterpreted it, reimagined it, and repackaged it in the personification and sartorial expression of ‘cool.’”

Fashion has almost always been an interest, he said, since late in high school, when he took notice of gentleman’s wear with designers like Ralph Lauren who were mixing patterns and textures.

By the time he arrived at Tulane Law School in 2013, he was well immersed in vintage fashion. And here is where his Instagram handle becomes all the more familiar to Tulanians: It’s named after the most dapper of his professors, a Tulane Law icon in comparative law named Professor Vernon Valentine Palmer.

“I just heard the name ‘Vernon Valentine’ and thought it was perfect,” said Waldrup. “Professor Palmer is the OG (original), and his name conjures an old-school dandy, a gentleman in suits and pocket squares. Everything about that name was perfect.”

For now, he is enjoying the history tied to his clothing, and wearing his clothes daily – rather than military-issued. Recently, he wore a royal blue 1940s-era suit to a court hearing – only to realize photographers had snapped photos outside court. 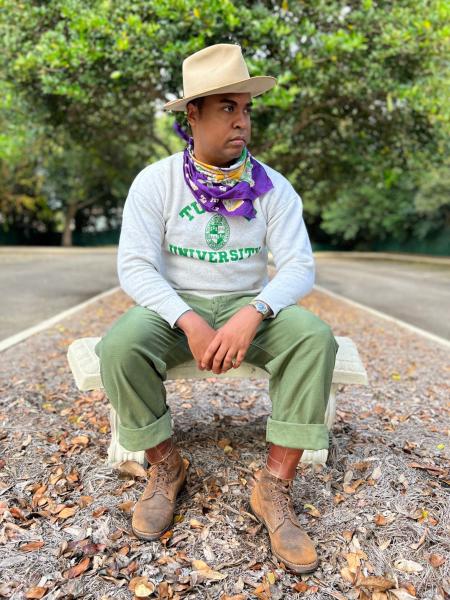 “It was kind of cool to see the suit on TV,” he jokes.

In coming home to New Orleans, Waldrup has become even more active at Tulane Law. He serves on the Law Dean’s Advisory Board and the Black Law Alumni reunion committee, teaches both in the Trial Advocacy program as well as in the Criminal Law Intersession boot camp, and mentors Tulane Law students regularly.

None of this is surprising, given that while he was a law student, he was Managing Editor of the Tulane Law Review and graduated Order of the Coif, an honor bestowed on the top 10 percent of law graduates.The year he graduated, he and his classmate Gary Crosby established the Waldrup-Crosby Scholarship, to benefit diverse students in law school. The scholarship is designed to ease the cost of tuition for students of color, and help increase diversity both at Tulane Law and in the legal profession.

The scholarship, he says, is another way to give back, to help those who have a passion for the law, and who want to realize their dreams -- or like him, their passion.