Hlass honored for her extensive contributions to immigration law 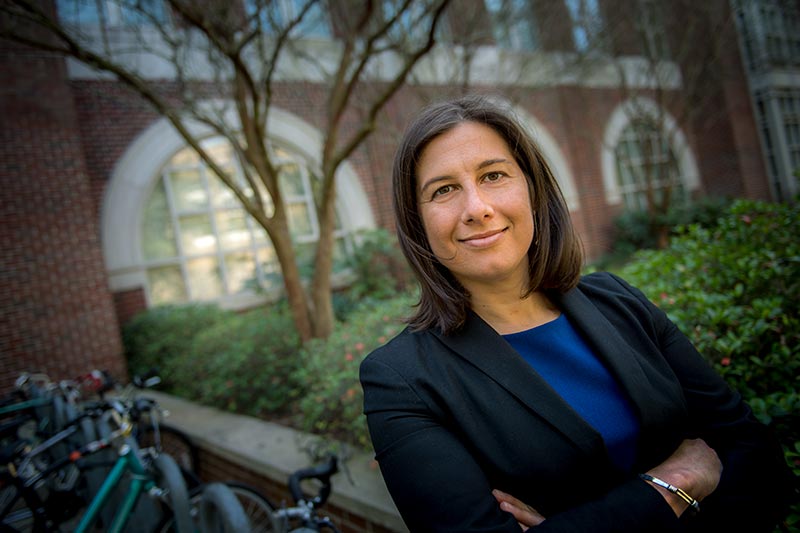 Tulane Law Professor Laila Hlass, one of the nation’s leading scholars on immigration law, has been awarded the Elisabeth S. “Lisa” Brodyaga Award by the National Immigration Project of the National Lawyers Guild (NIPNLG).

A member of the organization, Hlass is a nationally recognized immigrant rights advocate, practitioner, and legal scholar, who serves a dual role at Tulane: She is Co-Director of the Immigrant Rights Clinic at the law school and is Tulane University’s Associate Provost for International Affairs.

Hlass was instrumental in 2019 in securing funding to launch the Tulane Immigrant Rights Clinic, which represents detained people, migrant workers, children, and other immigrants with critical legal needs in Louisiana working through the U.S. immigration system. A national leader in clinical pedagogy, Hlass works to support the next generation of lawyers and advocates through mentorship, training, and teaching. The Language Access and Legal Interviewing videos she produced with Professor Lindsay Harris of the University of the District of Columbia Law School are used across the country to teach students and new attorneys the challenges of interviewing, including addressing bias and trauma.

In her work during the past 15 years, Hlass has rigorously exposed systemic injustice through her advocacy and public scholarship. Through reports, op-eds, webinars and scholarship, she has laid bare how children face racialized harm in the immigration legal system, including recent works The School to Deportation Pipeline,  The Adultification of Immigrant Children, and The Racial Justice Imperative to Reimagine Immigrant Children’s Rights.

Last year, Hlass and Clinic Director Prof. Mary Yanik were recognized along with six other professors as Bellow Scholars by the American Association of Law Schools for the 2021-22 year. The highly-competitive award came with recognition and support of scholarly research geared at improving justice in communities and enhance the delivery of legal services. Working with clinic students, their research project, titled Habeas Litigation and the Louisiana Immigrant Detention Crisis, examined hundreds of federal court cases challenging the legality of immigration detention in Louisiana over a decade.

The clinic found that by the time that detained immigrants filed habeas petitions in court, they have typically already endured nearly one year and one month of detention. In May of last year, the Clinic published a report “No End in Sight: Prolonged and Punitive Immigration Detention in Louisiana,” drawing significant news coverage to the plight of immigrants seeking release from prolonged detention.

Hlass’ expertise centers on law, policy and practices that affect access to justice within the immigration law regime particularly for vulnerable communities including children, detainees, asylum-seekers, and survivors of violence.  She previously served as Director of Boston University’s Immigrant Rights Clinic.