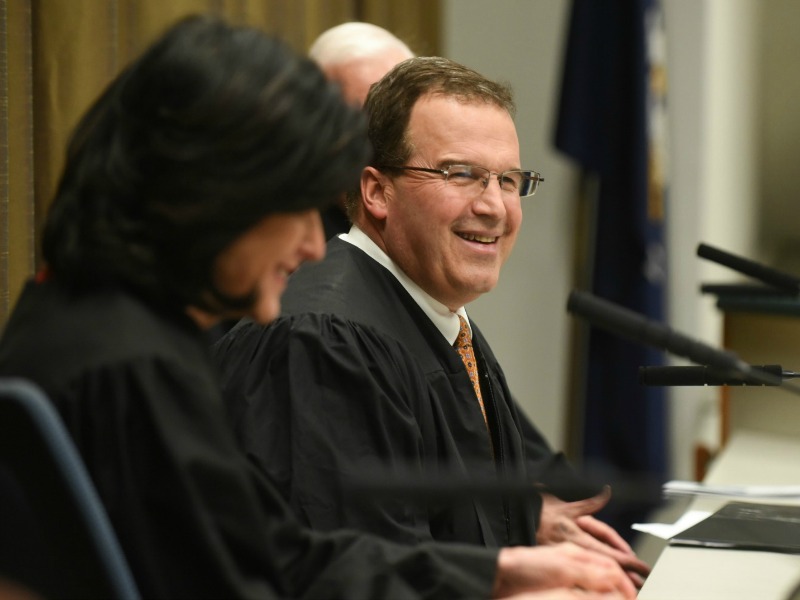 A Tulane Law alum who migrated to the U.S. as a child and rose to become a distinguished federal judge is this year’s Law School graduation speaker.

Judge L. Felipe Restrepo (L’86) will deliver the address to law graduates at the May 18 ceremonies at 4 p.m. at Devlin Fieldhouse.  Restrepo sits on the U.S. Court of Appeals for the 3rd Circuit in Philadelphia, Pa.

An active and dedicated alumnus of the law school, Restrepo in 2018 presided with two other judges over the law school’s Moot Court Honorary Round competition. That same week, stranded in New Orleans because of a snowstorm back home, he stayed an extra day and taught legal writing and oral arguments basics to first-year law classes.

“We’re honored that Judge Restrepo, one of the country’s most talented judges, will be our 2019 graduation speaker,” Dean David Meyer said. “Throughout his career, Judge Restrepo has modeled excellence and the highest ideals of public service.”

Restrepo was an experienced trial lawyer before being appointed to the U.S. District Court in Philadelphia, first as a Magistrate Judge, then as a District Judge, and finally as a U.S. Circuit Judge.  He was President Obama’s last appointment to the appellate courts. He is a proud graduate of Tulane’s Criminal Justice Clinic, which he once called “my best experience at Tulane Law.”

In the spring of 2018, President Trump nominated Restrepo to serve on the bipartisan U.S. Sentencing Commission, a seven-member independent body that sets federal sentencing guidelines.

Restrepo, who was born in Medellin, Colombia, migrated to the United States in 1962 with his parents and siblings. His father, an economist, worked for the Organization of American States (OAS), and the family traveled with a special visa designed for international civil servants.

When he enrolled at Tulane after completing his undergraduate degree at the University of Pennsylvania, Restrepo was not sure he would be allowed to practice law in the U.S., given that his visa was tethered to his father’s position with OAS.

In 1986, just after Restrepo graduated from law school, President Ronald Reagan signed the Simpson-Mazzoli Act, which contained a provision with a path to citizenship for immigrants who had continuous legal residence in the U.S. for 20 or more years.

In 2018, Restrepo received a Hispanic Heritage Award given by various members of Philadelphia’s Latino community to those local leaders who’ve made a positive impact.  At the time, Restrepo expressed pride in his culture and America’s great history of inclusion.

“I think we all need to step back and understand that the greatness of this country is the fact that people have come from all over the world to make it what it is,” Restrepo told Al Dia, a publication that sponsored the award.