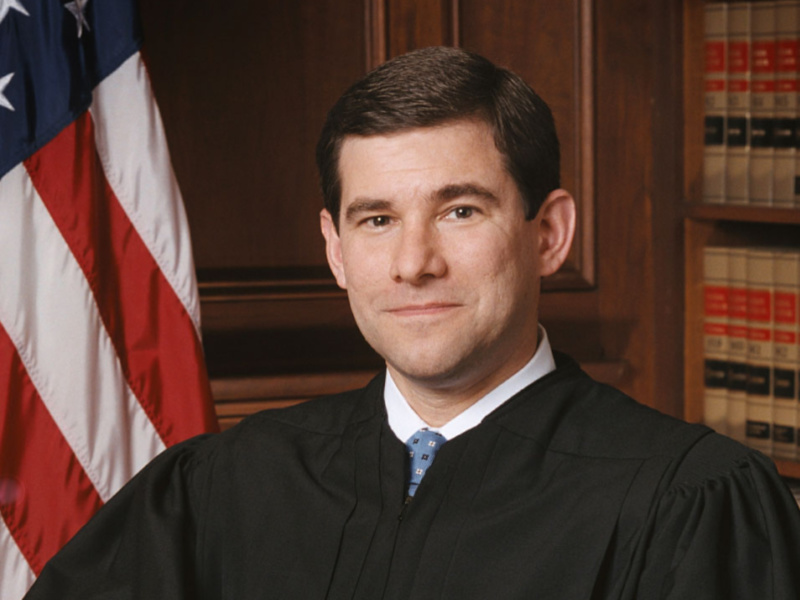 The Tulane Federalist Society will host a talk by Judge William H. Pryor, a 1987 Tulane Law graduate and the Chief Judge of the U.S. Court of Appeal for the 11th Circuit.

Pryor’s visit will be at the law school on Wednesday, March 23 at 5 p.m. in Weinmann Hall, 6329 Freret Street. A reception will follow.

Pryor has served on the 11th Circuit since 2004 when he was nominated by President George W. Bush after serving seven years as Alabama’s state attorney general, at the time the youngest in the nation. He also is a former member of the U.S. Sentencing Commission, where he served under several presidents.

In 2016, Pryor was on President Trump’s short list to fill the U.S. Supreme Court seat of the late Justice Antonin Scalia, a seat that ultimately went to now-Justice Neil Gorsuch.

A member of the 2017 Class of the Tulane Law Hall of Fame, Pryor received his undergraduate at the University of Louisiana at Monroe and his law degree from Tulane, where he was editor-in-chief of the Tulane Law Review and was the founder of the student chapter of the Federalist Society. After law school, he clerked for Judge John Minor Wisdom (L ’29), an icon who helped dismantle segregation in the Deep South, on the 5th U.S. Court of Appeals in New Orleans.

On the 11th Circuit,  Pryor became Chief Judge in 2020. There, he has extended opportunities for Tulane Law students to clerk for him, many of whom have gone on to other roles in the judiciary. A member of the American Law Institute, he is a co-author of the 2016 volume “The Law of Judicial Precedent.”