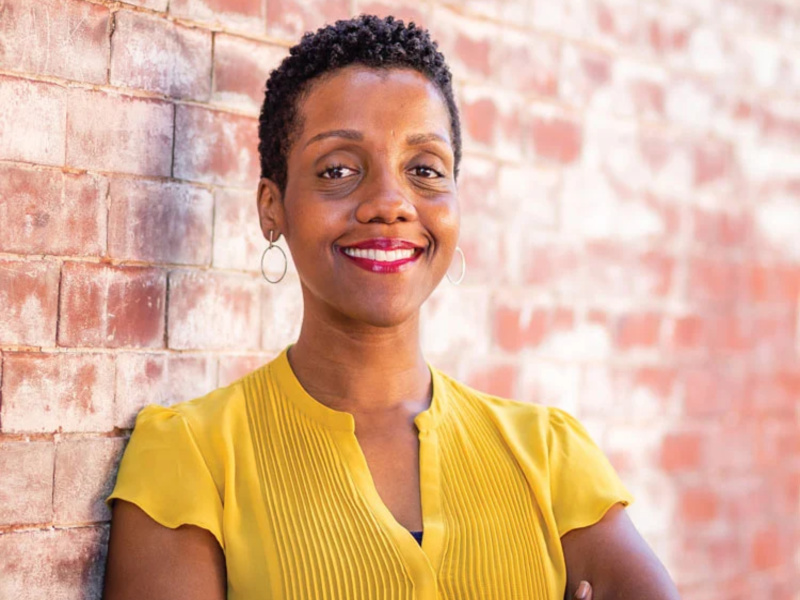 Adeola Ogunkeyede’s role as a public defender is less job and more “living a fulfilling life.”

Growing up in a predominately Black and brown, working-class New York neighborhood, and later comparing her experiences to those she met in high school, college, and later law school, she couldn’t look away from society’s glaring inequities.

“As I got older, I questioned those early experiences – like attending a junior high school equipped with metal detectors at the front door - and wanted to explore why?” said Ogunkeyede, alumna of Tulane Law’s “Katrina” class of 2008.

The life-long advocate for those whose lived experiences mirror her own early life is now Travis County, Texas’ first-ever Chief Public Defender – a community that encompasses Austin, the state capital. In this role, she will establish the independent office with some 67 employees to carry about 30 percent of the indigent defense cases.

They began taking their first clients just last week. “It’s all brand new, but we are all learning together,” she said.

Her arrival in the Lone Star state is the newest chapter in a long career challenging the criminalization of poverty, particularly in communities of color. After graduation from law school, she spent nearly 10 years in the Bronx as a public defender and then, in 2017, coinciding with the racial unrest in Charlottesville, she moved to Virginia to join the Legal Aid Justice Center

Her work led to reforms in Virginia, including repealing the “habitual drunkard” law which targeted people experiencing homelessness, and ending the state’s practice of suspending driver’s licenses for those with unpaid court debt.

In Texas, she heads one of a few public defender’s offices. Most Texas counties do not have one, instead relying on a system where private practitioners are appointed by the courts.  Her office is funded in part by the Texas Indigent Defense Commission, created in 2011 after a state task force sought to address persistent deficiencies in the state’s indigent defense. Counties are left to scramble to find funding.

In addition to lawyers expert on criminal law, Ogunkeyede’s office also will include lawyers trained to advise non-citizens about the immigration consequences of criminal charges, social workers, as well as advocates and investigators. “We will be practicing ‘holistic defense,’” she said, adding “and making sure our clients are centered as individuals not as cases.”

That means understanding and addressing the full scope of consequences triggered by contact with the criminal legal system - like job loss, eviction or deportation - especially, as Ogunkeyede explains, when people of color, particularly Black Americans, are disproportionately impacted.

“We cannot continue to overlook that the criminal legal system is often the driver of disparities,” she said. “Even a minor offense can have great consequences in a person’s life and having good representation can be the difference between.”

So how did she get here? “How and where I grew up definitely informed my world view,” Ogunkeyede said. Also, her family’s background - her mother was born in segregated South Carolina and her father is a Nigerian immigrant who passionately campaigned for democracy in his native country.

She arrived at Tulane Law in 2005, mere days before Hurricane Katrina would decimate New Orleans. She remembers that in the aftermath, New Orleans’ court system faced a catastrophe: pending cases where evidence had literally washed away, people lingering in jail because no one knew how to move forward.

“Even in evacuation, those who were housed in the Orleans Parish Prison were among the last to be evacuated.  They were predominantly Black,” she recalled. “Many were people who had not been convicted, who were awaiting trial or a hearing. The system treated them with such little regard. And that struck a chord with me,” Ogunkeyede said.

During a truncated first year, she took Constitutional Criminal Procedure as her one elective course. There she met Prof. Janet “Jancy” Hoeffel, whose research into criminal law, procedure and the death penalty are legendary. Hoeffel hired Ogunkeyede as a research assistant that summer.

Hoeffel remains a friend and mentor.

“It was clear from first meeting that Adeola was going to be a super star,” Hoeffel said. “She was, and still is, a powerful advocate for the powerless, a disarming public speaker, and a champion of liberty.  I could not be prouder of her achievements.”

In her second year of law school, Ogunkeyede took Hoeffel’s advice and worked in the Washington D.C. Public Defender Service, where Hoeffel had an early start to her own career.

“That work really solidified that I would be going into public defense,” Ogunkeyede said.

In her third year, she worked under Prof. Katherine Mattes in the Criminal Justice Clinic, helping to secure release for a man who had been sentenced to life over a petty crime under draconian “three-strikes” laws.  She flourished in the work.

Today, well into her career, her advice for law students is simple: Do not be afraid and do the work that makes you happy.

“Do what you want to do because it will be fulfilling,” she says.  “Go outside of the traditional channels to find the public interest opportunities you want, and do what you are passionate about,” Ogunkeyede said.