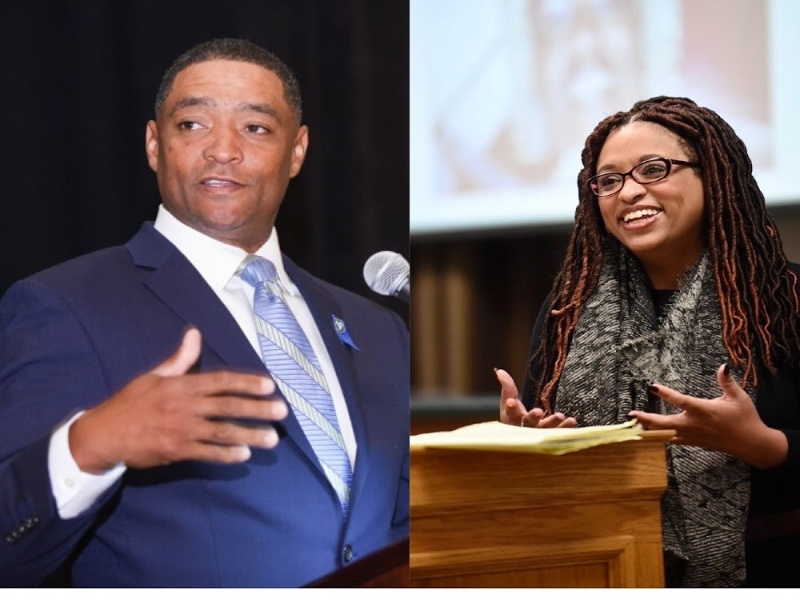 The movement against natural hair discrimination now has at least two Tulane Law alums squarely in the middle of it – and working together.

Law alumna Wendy Greene (L’02) is the founder of Free the Hair, a movement that seeks to “celebrate and advocate the right of people of color to freely wear their hair as it naturally grows or in accordance to their personal choice.”

Greene is a law professor at Drexel University’s Kline School of Law, and her extensive work in the field has made her a trailblazing anti-discrimination law scholar. She has been quoted in the Washington Post, The New York Times, Teen Vogue and other news outlets examining cases of hair discrimination and the current cultural transformation of how natural hair is viewed.

Greene is advising U.S. Rep. Cedric Richmond (L’98) as he and four other members of Congress move legislation called “Creating a Respectful and Open World for Natural Hair Act” or the CROWN Act.

The bill is similar to California’s own Crown Act –  passed this summer and making the state the first in the nation to ban discrimination based on hair.

“From Louisiana to New Jersey, textured hair should never serve as a professional or educational impediment nor should it ever lead to a reprimand of consequence,” Richmond said.  “In America, we regularly subscribe to the notion that our diversity is our strength…Together, with this bill, we can ensure this form of discrimination no longer goes unchecked.”

Richmond is a powerful ally of the natural hair movement and anti-discrimination efforts. The five-time Congressman, representing Louisiana’s 2nd District, has been appointed to numerous House committees over his tenure and is a co-chair of former Vice President Joe Biden’s presidential campaign.

A recent study by Dove (the brand that makes soap and other personal care items) found that a whopping 80 percent of black women say they have felt the need to change their hair to ‘fit in’ at work and that women of color are 50 percent more likely to be sent home from work because of their hair.

Greene addressed these issues when she was a featured speaker at Tulane Law’s Homecoming Weekend program, where she addressed the obvious and not-so-obvious pressures behind hair discrimination.

A number of cases around the nation have sparked controversy, and a pushback from communities of color who have dealt with such discrimination since the days of slavery.

Two sisters were denied access to the prom because their hair was braided and deemed against the grooming code. An administrator at a Massachusetts early childhood program shaved the long locks of a biracial 7-year-old without parental permission, telling the girl her natural hair would ‘‘grow back straight.’’ An 8-year-old was barred from taking school pictures because her braided natural hair was adorned with red extensions.  And as recently as January, a black high school boy was told he would be barred from graduation because of his dreadlocks.

“Anything short of straight is often deemed ‘unnatural’ and ‘unkempt,’ ” Greene said. “In the workplace, it’s seen as unattractive and unnatural, and too urban.”

While on a visit to New Orleans, Greene sat down with local morning show anchor Sheba Turk, who was targeted by viewers on social media after leaving her hair in its natural curls.