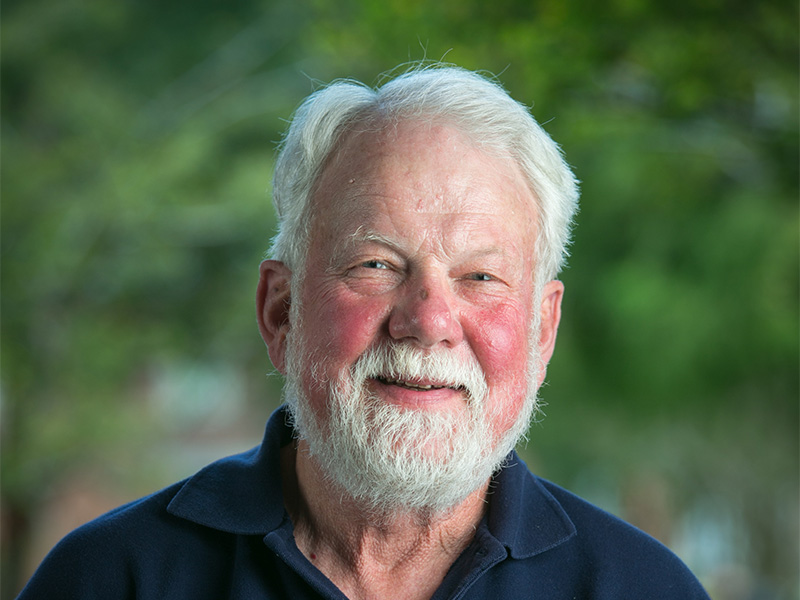 Born in segregated America, George Marion Strickler was a man who spent most of his life fighting to end the practice, whether it was protesting on behalf of Black students to gain access to college admissions or lunch counters, or ligitating for the desegregation of southern public schools.

As a law professor at Tulane Law School for 37 years, Strickler passed on his passion to a legion of Tulane law graduates, teaching them civil rights and co-authoring a casebook on employment discrimination law. He retired in 2016.

Strickler died in his New Orleans home Sept. 2 after a long illness. He was 80.

“George Strickler was a true original, a man of great passion and conviction,” said Law Dean David Meyer. “For 37 years on our faculty he was a dedicated teacher, a respected scholar of civil rights and employment discrimination, and a passionate advocate always for the cause of equal justice.”

“He was an extraordinarily smart guy who genuinely loved teaching and loved the law,” said Tulane Law Prof. Joel Friedman, an employment discrimination law scholar who authored the casebook with Strickler.

Born in Vidalia, La., to schoolteachers, Strickler’s family moved to Houston so that his father could join a friend in the construction business. After high school, Strickler in 1959 was accepted at Southern Methodist University in Dallas where seeing the struggle of Black students changed him.

At the time, SMU had  only partially desegregated -- it had recentlly begun accepting Black graduate students in a single theology program. Strickler and others joined student-led sit-ins at Dallas businesses, targeting diners near campus who refused to serve Black customers.

“To him, the idea that these students had no place to eat was just…100 percent rude, and disrespectful, and for no other reason than they were Black,” said Andrew Strickler, George’s youngest son. “That stuck him hard, because for him it was 100 percent a moral question. That galvanized something in him and really energized the movement as well.”

The “movement” pressured the university within three years to end its all-white enrollment policy for undergraduates. SMU admitted its first Black undergraduate in 1962.

“I know what we did had a contributing factor, and the administration felt enormous pressure because of the publicity and because it was inconsistent with the teachings of the Methodist Church,” Strickler said in a 1991 recorded interview with Jeff Barron, a college student, which the family provided.

In 1963, Strickler earned his Bachelor of Arts from SMU, and headed to Yale Law School.

After graduating Yale in 1966, he joined the law faculty of the University of Mississippi in Oxford, arriving soon after the shooting of civil rights activist James Meredith. Strickler and a group of young lawyers worked for Ole Miss working with students on cases through the foundation-sponsored legal aid organization, the North Mississippi Rural Legal Services.

Their work on civil rights cases involving Black clients drew the ire of the state’s conservative leadership almost immediately, which labeled them agitators.  When they sued to desegregate two Mississippi school districts under Brown v. Board of Education the university told Strickler and renowned civil rights lawyer Michael Trister they could no longer teach and work for the legal aid program.

Strickler and Trister sued. After losing at the trial court level, the Fifth Circuit Court of Appeals in 1969 sided with the duo, saying that the university had singled them out for representing “clients who tended to be unpopular.”

“What the University as an agency of the State must not do is arbitrarily discriminate against professors in respect to the category of clients they may represent. Such a distinction is an abuse of discretion which denies to plaintiffs the equal protection of the law guaranteed to them by the Fourteenth Amendment,” the court ruled.

By then, Strickler and his wife, Jo Harriet Haley, had moved to New Orleans where he practiced civil rights cases as counsel to the Lawyers’ Constitutional Defense Committee, under the auspices of the ACLU, and then in private practice. He worked on cases that forced Louisiana public schools to end discriminatory practices, including subsidizing all-white private schools. He also led a challenge to end discriminatory practices that affected Port of New Orleans longshoremen.

During that period, he argued more than 100 cases before the federal courts, including one landmark First Amendment case in Connick v. Myers, in which he represented current Tulane Law Prof. Sheila Myers, before the U.S. Supreme Court.

“He really practiced law not to make money, but to help people, literally they would walk in off the street,” said Andrew Strickler. “I have this photo where George is in his office with a client that’s not wearing shoes.”

He joined Tulane Law School in 1979 and was a respected professor and scholar for 37 years.

He and Haley divorced in 1992. Strickler remarried twice after that; his second wife, Carolyn Whitley, died of multiple sclerosis. He is survived by his third wife, Michelle Girardin of New Orleans.

Beyond the law, Strickler was a passionate duck hunter and dog trainer. He was deeply involved in the local Alcoholics Anonymous program for years, said his son, saying his father sponsored and supported many throughout the city battling alcohol addiction. He collected vintage bikes, was an avid Scuba diver, a photographer, and a cigar aficionado.