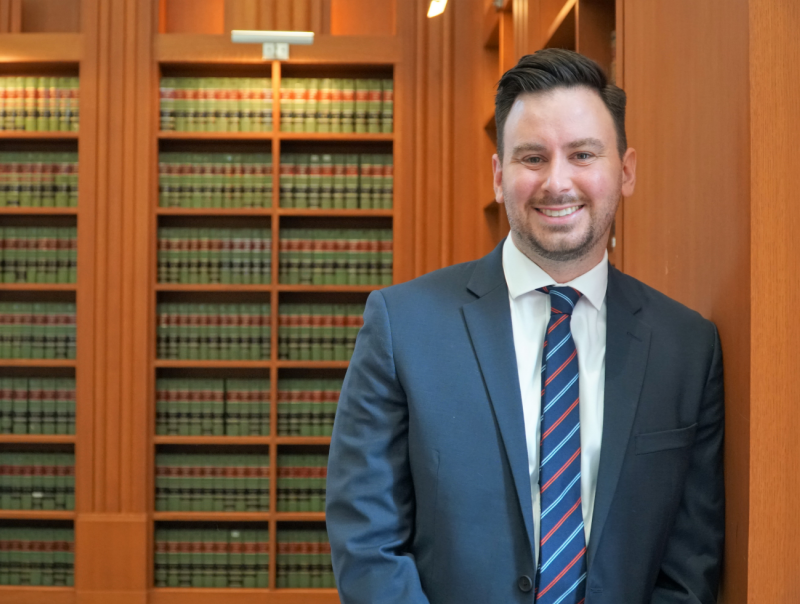 Edwards (L’22) is originally from San Jose, Calif., and performed his pro bono service at Disability Rights Louisiana, where he assisted clients seeking reasonable accommodations and appropriate living conditions. Later, at the Federal Community Defender of Eastern Michigan, he assisted with Federal indigent defense, including an appeal in front of the Sixth Circuit.

Each year, one law student from each of Louisiana’s law schools is honored with the LSBA Law Student Pro Bono Award for their dedication to providing legal services to the poor.

Edwards, after taking the bar exam, will begin working as a public defender in Montana later this year. Prior to law school, he worked with autistic children and teenagers as a behavioral therapist and then as a substitute teacher in San Francisco’s low-income schools.

Edwards joins 31 other members of his law school class to record 150 or more pro bono hours, three times what Tulane Law School requires. Collectively, the Class of 2022 performed more than 17,000 hours of pro bono service during their three years of law school.

Since 1987, when Tulane Law became the first law school in the nation to require pro bono services as a graduation requirement, its students have given more than 304,000 hours of legal assistance to members of the community.

Each year, those with the most hours of service are awarded the Jackson-Ryan Awards, named after former assistant Deans Julie Jackson and Eileen Ryan, who administered the program from its beginning until 2016.