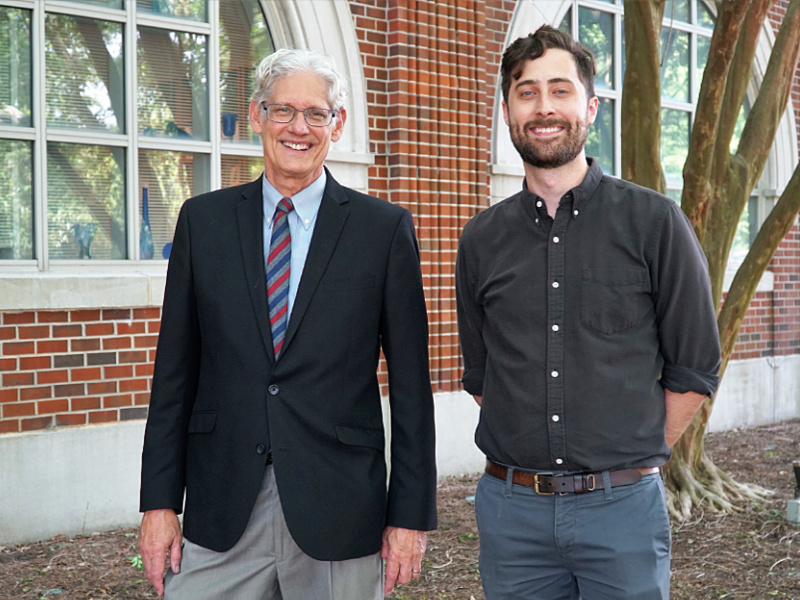 Tulane Center for Environmental Law Director Mark Davis and William Montgomery (L'22), the winner of the TCEL writing prize for his comment on climate accountability.

William Montgomery, a second-year law student, has been awarded the Tulane Center for Environmental Law Prize for his forward-thinking analysis of climate accountability issues.

Montgomery (L’22) wrote about the issue under the theory of unjust enrichment in a comment titled “Polluter Disgorges: Climate Accountability and the Law of Unjust Enrichment,” which will be published in Volume 35 of the Tulane Environmental Law Journal during the coming academic year. The TCEL Prize is awarded annually to the best student comment submitted to the Journal.  In addition to being recognized at the annual Journal banquet, he will receive an award of $1,000.

A three-person panel judged the competition— Attorney Suzette Bagneris, Tulane Law Prof. Lauren Godshall, and former Tulane Environmental Law Journal Editor Thuy Le (L’20) — and selected Montgomery’s comment due to its thoughtful analysis, the clear and comprehensive way in which it presented its argument, and the relevancy of the topic to current environmental issues.

Montgomery is Co-President of the Tulane Public Interest Law Foundation (PILF) and is a junior member of the Tulane Environmental Law Journal.