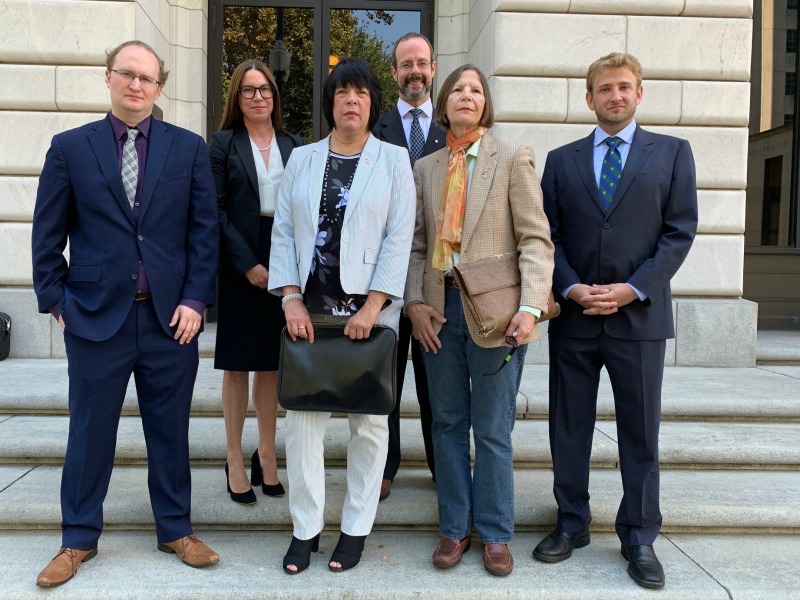 Tulane Civil Rights and Federal Practice Clinic worked with sisters Nanette Blanchard-Daigle (center left) and Marlene Blanchard (center right) in an appeal involving the shooting death of their brother by a Texas deputy. Two third-year law students, Will Harrison (far left) and Ben Levine (far right) argued the case before the U.S. Court of Appeals for the Fifth Circuit, under the guidance of Clinic Director Lucia Blacksher Ranier (back, left) and Clinical Instructor Sam Brandao (back, center).

In what is an uncommon occurrence in federal court, two third-year Tulane Law students argued a Texas case before the U.S. Court of Appeals for the Fifth Circuit last week.

Tulane Law’s Civil Rights and Federal Practice Clinic, which trains law students in their final year of law school using real cases, worked to prepare Will Harrison and Ben Levine  to appeal the dismissal of a 2017 lawsuit brought by the estate of a Navy veteran killed in his driveway by a sheriff’s deputy. That suit had been dismissed by a lower court.

“Sam and I are incredibly impressed with the amount of work Will and Ben put into preparing for oral argument,” said Clinic Director Lucia Blacksher Ranier. “We are fortunate that they volunteered their time (before classes even began). Will and Ben’s advocacy was a positive reflection on our clinic, our school, and, most importantly, our client.”

“Students choose the clinic because they want real-world experience and they know that their work can change lives—and when your client’s case hangs in the balance, putting in the hours isn’t a slog. You’re inspired to do your best."

By any standard, the case was complex.

In 2016, Bell County (Texas) Sheriff’s Deputy Shane Geers shot and killed 58-year-old Navy veteran Lyle Blanchard as he stood in his driveway next to his car just outside of Waco.  Blanchard was not armed.

Dashboard video shows the deputy, who suspected Blanchard of driving under the influence, following Blanchard on a dirt road onto his property. Blanchard stopped his car, got out, faced the deputy and made a motion to reach into his pocket. Geers shot him four times, and another four when the veteran was already down on the ground.

During this week’s hearing, the three judges, Rhesa Barksdale, Gregg Costa and Chief Judge Carl Stewart, seemed focused on the moments just before the shooting. Judge Barksdale pressed Harrison about whether the deputy had a reasonable fear for his life in those moments. Was it reasonable to think Blanchard was reaching for a weapon?

Both Harrison and Levine argued that the case – given all its allegations, and that it involved the use of lethal force – should not have been dismissed so early in the process, without discovery or a trial. Allowing the case to proceed to discovery would have allowed the introduction of the dash cam video, which was not yet part of the record. They also argued that qualified immunity – which protects the actions of police officers and other public officials when they make on-the-job decisions – should not apply because the shooting was clearly unreasonable.

In preparing for the case, Harrison and Levine returned to law school early in the summer, both juggling legal internships in between. They met with Nanette Blanchard-Daigle and Marlene Blanchard, Lyle’s sisters.

“It was exciting to be asked to do this, given that it happens so rarely,” said Harrison.  As part of the Tulane Moot Court Team, he has some experience arguing mock appellate cases.

“But in the real world, the issues aren’t as easily balanced,” he said. “So I had to adjust to all the nuances and all the new and different legal issues in this case.”

They worked hours each day to prepare for the case, draft arguments, and hold mock hearings. As Levine puts it, “I didn’t mind. I wanted to be here, to prepare, to do well, and maybe win. It was important.” 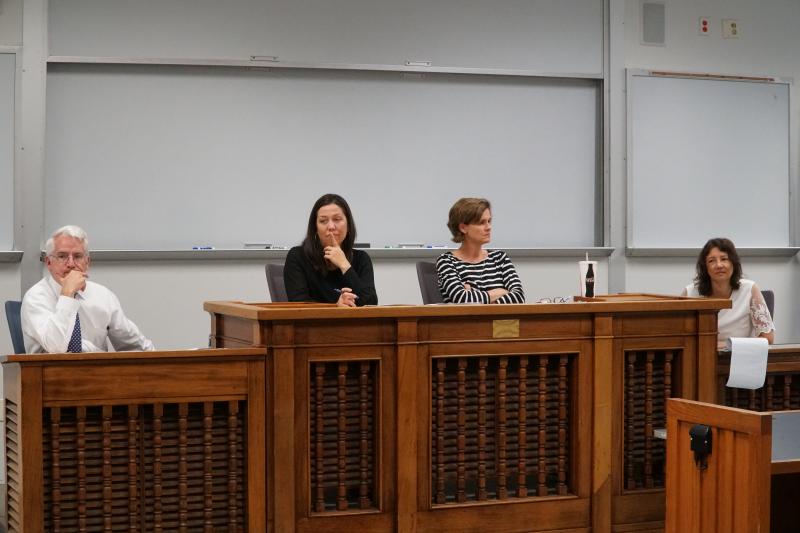 During “moot” sessions, Tulane Law professors – including Law Dean David Meyer – and other practitioners played the role of the three-judge panel they would face. Each mock panel peppered the students with questions, scenarios, considerations. There were critiques on everything from the clarity of their speech to style, procedure and content.

“The moots were excellent because they allowed us to make the arguments again and again so that by the time we went to court, I was feeling comfortable with what I needed to say,” said Levine. “Once I was up there, my nerves disappeared and I was focused on getting my point across as best as I could.”

“These student attorneys really put in the work,” said Clinical Instructor Sam Brandao. “Students choose the clinic because they want real-world experience and they know that their work can change lives—and when your client’s case hangs in the balance, putting in the hours isn’t a slog. You’re inspired to do your best. And that’s exactly what Ben and Will did.”

For now, the court could take weeks or months to issue a decision. The sisters sought out Tulane’s clinic because their father and uncle are Tulane law graduates. 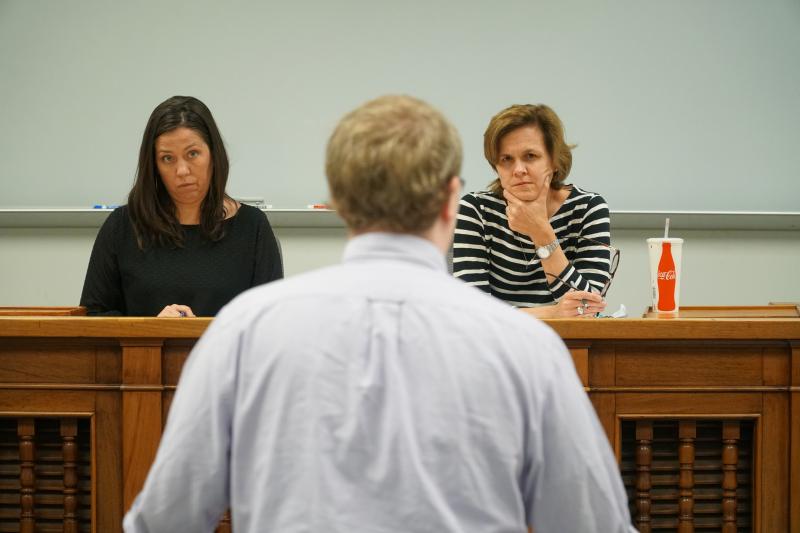 “We know these students have worked hard and are well-prepared,” said Blanchard-Daigle. “In some ways it is a continuation of a family legacy because of our father and uncle.”

“We felt the clinic could help us get justice for our brother,” said Marlene Blanchard. “There has to be fairness in the American judicial system for Lyle to have his day in court before a jury of his peers.  If this happened to Lyle, who was not armed, it can happen to anyone.”