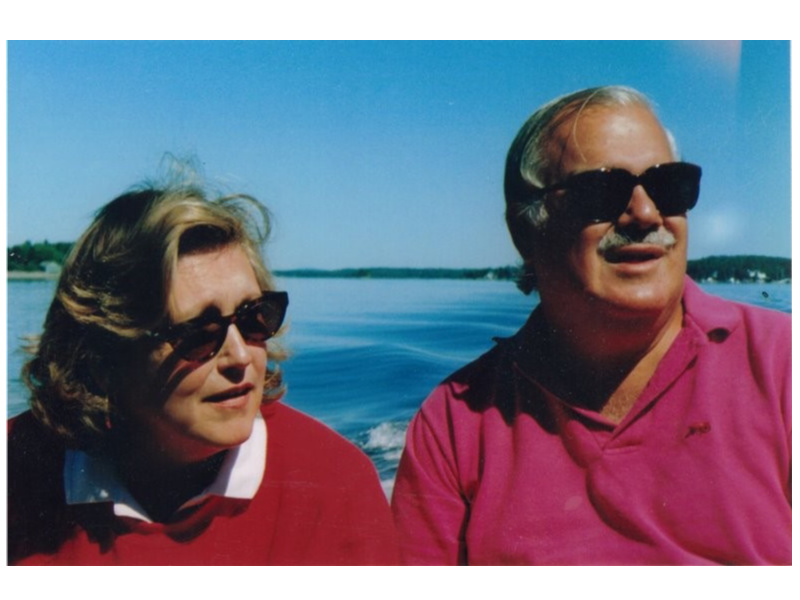 Sandra and John Kramer. (Photo courtesy of the Kramer family)

Kramer, who was born in rural Mississippi, blazed a career steeped in politics, moving forward what in the early 60s and 70s were controversial policies such as a fledgling women’s rights movement. She ultimately became a go-to expert in improving federal, state and local government delivery systems for a myriad of causes that touched the most vulnerable across the South and the nation.

Kramer also deeply tied to Tulane University and the law school, which her husband joined in 1986 as Dean and where both of her sons attended law school.

John Kramer, a graduate of Harvard Law, led Tulane Law for 10 years, and his path-breaking style was legendary. He raised the national prominence of the law school, overseeing the construction of Weinmann Hall, diversifying gender and racial demographics and adding a strong clinical program. Throughout, his wife, Sandra, was at his side supporting Tulane and the law school in fundraising and other efforts.

“Like John, Sandra was a larger-than-life figure who left an indelible impression on Tulane Law School, including helping select much of the artwork on display throughout Weinmann Hall,” said Law Dean David Meyer. “Sandra remained deeply invested in our Tulane Law community to the end of her life.  But her Tulane identity was but one dimension of an almost impossibly rich life dedicated to fighting for equality and social justice on multiple fronts. “

While in New Orleans, she launched her own consulting firm, The Kramer Company, and was hired to develop private/public projects, primarily in helping locate federal funding sources. Her company was awarded $40 million in proposals over 20 years, and her clients included the Section on Environmental Epidemiology at the Louisiana Department of Health and Hospitals, the LSU Health Sciences Center, the Ochsner Foundation and the St. Thomas/Irish Channel Consortium.

Upon hearing of her passing, Dr. Norman C. Francis, President Emeritus Xavier University, said: "For those of us who were on the front line fighting for equality in America, and in the Deep South in particular, it was reassuring to know that brave and courageous people like Sandra Kramer were unselfishly fighting with us. I have always admired Sandra's relentless pursuit of justice for all, and although she is no longer with us, her good works still live on, and she will never be forgotten."

In politics, Kramer worked on the campaign of Melinda Schwegmann for governor and U.S. Senator Mary Landrieu's re-election campaign.

Kramer graduated from the University of Mississippi in 1964, where she was present and politically active during the riots surrounding the deployment of the military by President John F. Kennedy to integrate the university. She was a vocal advocate for allowing African Americans to enroll in the university.

After graduating, she went on to teach high school English for a few years, but it wasn’t long before she moved to Washington, D.C., spending three decades as a spirited voice in national political movements like women’s rights and desegregation. She became an assistant to U.S. Sen. John C. Stennis and in the late 60s and 70s, worked as a political consultant to women seeking election to Congress, and for a number of statewide candidates in the South.

In 1974, she helped found the bipartisan Women’s Campaign Fund, an organization that remains active today. At the age of 34, then President Gerald Ford appointed her the head of the National Advisory Committee on Women, part of the U.S. Department of Health and Human Services.

She had broad knowledge of how to get things done on local, state and federal governments and in the 1980s in earnest began the work of improving federal delivery of programs while working for Mississippi's Governor William Winter, the Southern Governors Association, the Southern Growth Policies Board, and the Congressional Sunbelt Caucus and its Sunbelt Research Institute.

She is survived by two sons, Gladstone Jones (L ’92) and Andrew Kramer (L ’94), both of New Orleans, and two step-sons, Dr. Christopher M. Kramer of Charlottesville, Va. and Daniel R. Kramer of  New York, Ny. and a  myriad of other family members and friends.

Her obituary can be found here.