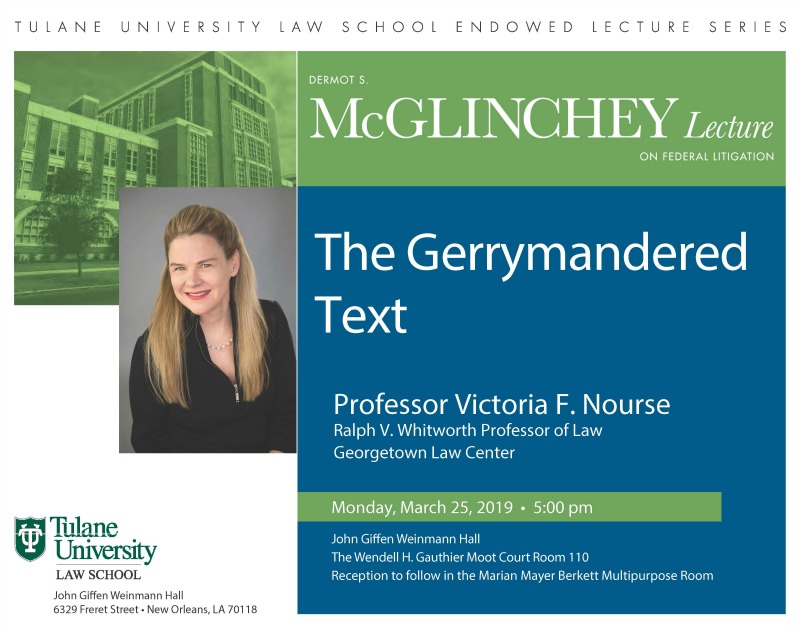 Nourse is one of the nation’s leading scholars on statutory interpretation, Congress, and the separation of powers. Her latest book, Misreading Law, Misreading Democracy, was published by Harvard Press in 2016. She has also published widely on the power of the president and the separation of powers, Reclaiming the Constitutional Text from Originalism: The Case of Executive Power, and on constitutional rights, including her book, In Reckless Hands, the story of Skinner v. Oklahoma and American eugenics.

She is co-author with Yale’s William Eskridge and Abbe Gluck of the most up-to-date casebook on legislation: Statutes, Regulation, and Interpretation: Legislation and Administration in the Republic of Statutes (2014 & 2018 Supp.). Nourse has had a distinguished career in government, serving as Chief Counsel to former Vice President Joe Biden.  Prior to that she served as an appellate lawyer in the Justice  Department and as Special Counsel to the Senate Judiciary Committee. The story of her role in the fight for the original Violence Against Women Act is told in the 2009 book Equal: Women Reshape American Law.

The event will begin at 5 p.m. in the John Giffen Weinmann Hall, Room 110 with a reception following.

The McGlinchey Lecture is permanently endowed and sponsored by the law firm of McGlinchey Stafford. Dermot S. McGlinchey (L'57)  was a civic activist and ardent supporter of Tulane Law School, and the Tulane community.