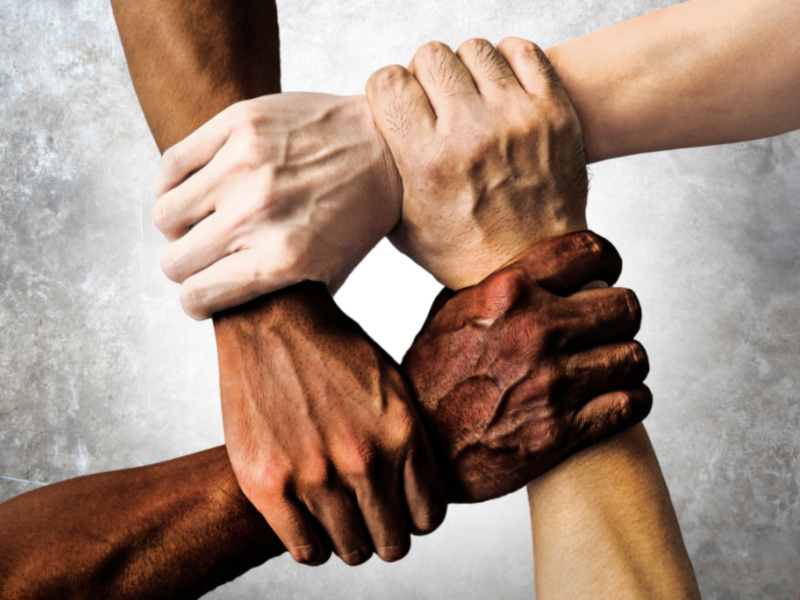 The summer of 2020 will be remembered not just for the pandemic that swept the nation and killed hundreds of thousands, but also for our society’s grappling with hundreds of years of entrenched racism.

In the aftermath of the killing of George Floyd, amid grief and despair, Tulane Law’s community of students, faculty,staff and alumni galvanized around the Black Lives Matters protests and seized an opportunity to continue to work to build a more equitable and inclusive law school and profession.

In addition to online seminars and a speaker’s series on anti-racist lawyering, led by Assistant Dean for Career Development & Diversity Initiatives Lezlie Griffin (L’07), the law school established an Anti-Racism Task Force. Among the initiatives that were immediately implemented was an Anti-Racism Lawyering course, which was taught in the fall by Dean of Experiential Learning Stacy Seicshnaydre and Professor Robert Westley, a nationally-recognized expert on the legal aspects of race and reparations.

The course immersed students in readings, analysis and conversation about how law is frequently used to perpetuate anti-Black racial harms and hierarchies and how students might use their legal education to disrupt them.

"I took the Anti-Racism Lawyering Course to explore how lawyers are integrating anti-racism principles into the legal profession,” said Diego Villalobos, a second-year law student. “Not only was I exposed to lawyers grounded in the anti-racist tradition, but I also gained the confidence to integrate those principles into my budding legal career. I believe my legal education would be incomplete without courses like this and I hope to see more like it in the future."

In a series of workshops, leading scholars, practitioners, and organizers addressed historical and civil rights barriers as well as current proposals for eliminating structural racism across the criminal justice, voting, housing, education, health/environmental and other sectors.

Among those who spoke to the classes were distinguished Tulane Law alumni whose own careers have reflected the efforts to disrupt institutional racism. They included:

Students learned about lawyering for those involved with protests, environmental justice (where they heard from community activists about their continued efforts to fight for their communities’ survival), reparations for those communities who have suffered under entrenched racism, criminal justice reform and the perils of mass incarceration, as well as persistent segregative laws within the housing sectors.

"When Dean Meyer wrote to the law school community this past summer emphasizing our special obligation as lawyers to uphold values of equal justice, I was eager to see tangible steps taken by the law school to support this statement,” said Alexa Rummel a third-year law student who took the course. “The development of the Anti-Racism Lawyering course is just one initial step in the right direction among many others in ensuring Tulane Law School's students are prepared to take on this special obligation while also moving TLS toward becoming a truly anti-racist institution that I will be proud to call my alma mater."