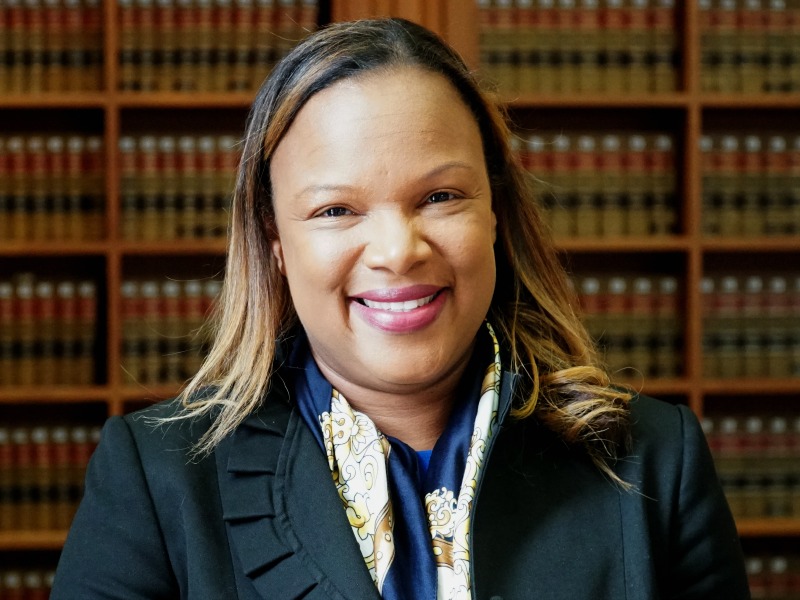 Prof. Kristin Johnson is one of the first and most influential legal scholars to study the ways in which the algorithms used in artificial intelligence can unintentionally entrench racial, ethnic, and gender discrimination by embodying and reinforcing implicit biases. (Photo: Alina Hernandez)

Johnson, the McGlinchey Stafford Professor of Law, the Gordon Gamm Faculty Scholar, and Associate Dean of Faculty Research, spoke bofore the committee’s Task Force on Financial Technology. Among other things, she testified  about data use in financial lending, underwriting and credit reporting; regulatory and legislative proposals addressing alternative lending and credit scoring and the impact on, and potential for discrimination, of low-income and underserved consumers.

Johnson has established herself as one of the first and most influential legal scholars to study the ways in which the algorithms used in artificial intelligence can unintentionally entrench racial, ethnic, and gender discrimination by embodying and reinforcing implicit biases.

“Kristin Johnson’s scholarship has regularly placed her at the frontier of emerging issues relating to financial regulation and social justice,” said Dean David Meyer.  “Her careful and far-sighted research is fostering understanding and shaping critically important research and policy agendas for the future.”

Johnson’s expertise has been much in demand in unfolding national debates over AI and financial regulation.  In May, she was invited to participate in a plenary program on the subject at the Annual Meeting of the American Law Institute in Washington, D.C.  Johnson spoke as part of a three-expert panel moderated by California Supreme Court Justice Mariano Florentino Cuéllar.  Her fellow panelists included University of Pennsylvania Law Prof. Cary Coglianese and Tom Lue, general counsel of DeepMind, an AI research firm that is part of the Alphabet group of companies in Silicon Valley.

Earlier in May, Johnson was one of a small group of experts invited to advise a group of leading corporate general counsel on emerging legal issues relating to AI.

Johnson has also taken part in a number of academic conferences relating to technology and the law. She helped organize a joint academic workshop between Tulane and Michigan State University’s Center for Law, Technology & Innovation on “Emerging Technologies and the Law”; presented at Notre Dame Law School’s London workshop on corporate governance and compliance; and a Duke Law School panel on “Ethical Considerations in Tech Regulation and Governance.”

Johnson joined Tulane Law School last year from Seton Hall University where she was Director of its Program on Regulation, Governance and Risk Management. She has presented her research on systemic risk, risk management, cyber risk regulation, emerging technologies, including artificial intelligence, throughout the United States and abroad.

Before entering the academy, Johnson served as Assistant General Counsel and Vice President at JP Morgan and an associate at Simpson, Thacher and Bartlett LLP’s New York and London offices where she represented issuers and underwriters in domestic and international debt and equity offerings, lenders and borrowers in banking and credit matters, and private equity firms and publicly-traded companies in mergers and acquisitions.

She clerked for the Honorable Joseph A. Greenaway, Jr., then of the United States District Court for the District of New Jersey, and later elevated to the United States Court of Appeals for the Third Circuit. Before law school she served as an analyst at Goldman, Sachs & Co.  She is a graduate of Georgetown University’s School of Foreign Service and received a B.S. in comparative economics, with honors, and the University of Michigan Law School, where she served as a Notes Editor on the Michigan Law Review.