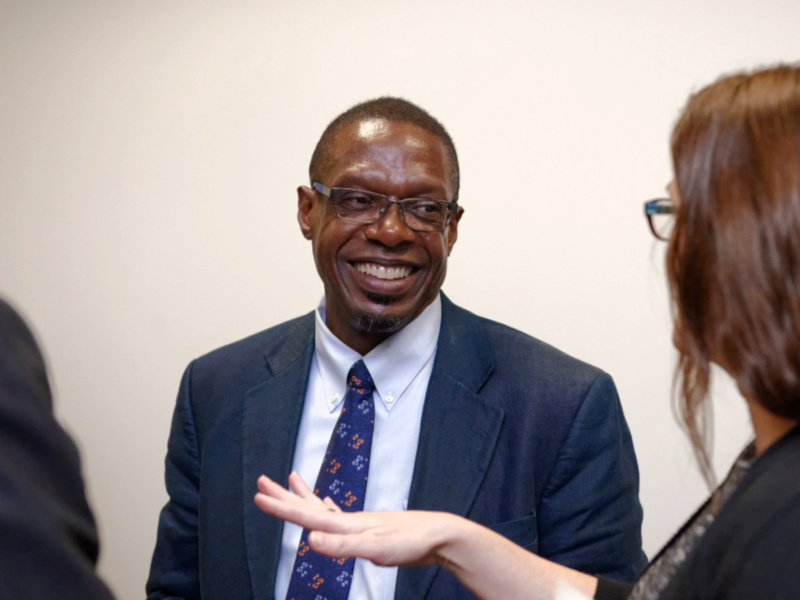 He is an internationally renowned scholar on reparations and the constitutional guarantee of equality and a mentor to Tulane Law students delving into the intersection of race and the law for more than 25 years.

For his commitment to addressing profound contemporary and historic social inequalities through his scholarship, Tulane Law Professor Robert St. Martin Westley has received the Provost’s Award for Excellence in Equity, Diversity, and Inclusion, which recognizes a scholar for excellence in research that addresses societal inequalities and promotes social change.

“Robert Westley’s incisive scholarship brings analytic rigor and historical insight to the quest for racial justice at a time when both are desperately needed,” said Dean David Meyer.

“His research is rich with comparative perspectives from other societies and legal systems that have sought to uproot and overcome deep-rooted injustices and inequalities,” Meyer said.  “We are very fortunate to have his leadership and expertise at Tulane.”

Westley is the Louisiana Outside Counsel Health and Ethics Foundation (LOCHEF) Professor in Legal Ethics and Professional Responsibility. His scholarship has focused on righting social injustice and long predates his arrival at Tulane Law School.

When he received his Ph.D. from Yale in Philosophy, Westley’s dissertation centered on the application of Fourteenth Amendment jurisprudence to race and racially-defined groups.As a young law student at the University of California, Berkeley, Westley worked as the Research Assistant for Professor Angela P. Harris, one of the most prominent scholars in the areas of critical race theory, feminist jurisprudence, and race relations. Following the completion of his law degree, Westley taught Critical Race Theory at the University of California in its Department of Ethnic Studies.

Since arriving at Tulane Law School, Westley has authored more than a dozen law review articles on race and the law and reparations for historical injustices. His chapter on the topic of reparations is to be included in this year's Oxford Handbook on Race and Law in the University States, published by the Oxford University Press.

He is currently working on a book with Cambridge University Press titled “Extraordinary Means, Ordinary Justice: Reparations Through the Lens of Wrongful Enslavement” which examines reparations as a means to having real racial reconciliation.

He also is researching a law review article exploring how the German wiedergutmachung - the reparations the German government agreed in 1953 to pay to direct survivors of the Holocaust - may educate the United States on making reparations today.

He has been invited to speak across the globe on issues of race and reparations, having delivered speeches at Yale Law, Stellenbosch University, the University Passau, NYU Law School, Howard University, among others. His research has been cited more than 250 times by federal courts and by leading scholars in journals such as the Harvard Law Review, California Law Review, Michigan Law Review, Texas Law Review, and UCLA Law Review.

Westley’s research to impact social change further extends to the classroom. During his tenure at Tulane, Westley has educated thousands of law students on the topics of Critical Race Theory, the Fourteenth Amendment, Constitutional Criminal Procedure, and Legal Profession.

Amid the COVID-19 pandemic and national protests against longstanding structural racism, Westley helped develop and lead a pioneering minicourse at the law school titled Anti-Racist Lawyering: The Next Civil Rights Frontier. The course immersed students in readings, analysis and conversation about how law is frequently used to perpetuate anti-black racial harms and hierarchies, and how students might use their legal education to disrupt those hierarchies.

Based on that course, he is building a new course book titled Anti-Racist Lawyering: A Course Study as no such course book currently exists.